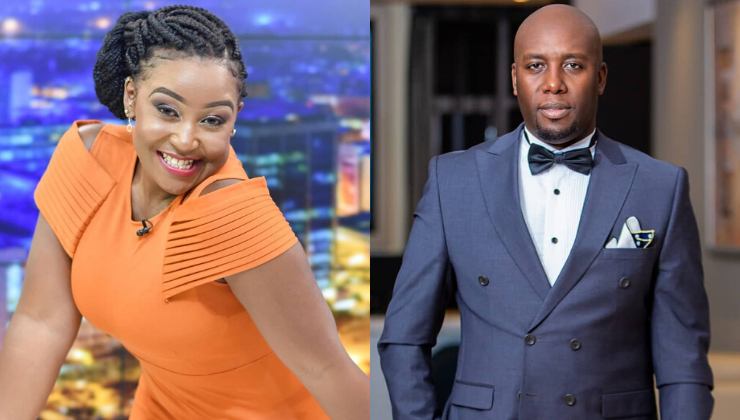 Media personality Betty Kyallo and her ex-husband, NTV news anchor Dennis Okari, have now set aside their differences and resolved to co-parent amicably.

This is according to Betty who spoke on Friday during an interview on YouTube with comedian and radio presenter Jalang’o.

Betty’s fans recently put her on the spot after she uploaded a video on her YouTube channel in which she said her daughter, Ivanna, was preparing to go hang out with her father, Okari.

This came out as a shock to many who assumed that the two were at loggerheads going by a recent public spat stemming from when Ivanna was hospitalized.

However, as Betty revealed, the two have since mended fences and are now on speaking terms as they focus on the most important person in their lives; Ivanna.

“Right now I’ve grown so much…the person who used to be Betty two or three years ago is not the same person I am today.  There are things that we came to realize are very important about our lives; that it’s not just always about us as adults,” said the former K24 news anchor.

“So, Yes, we are on very good terms with both him and his family and his wife…and we’re making sure that Ivanna is getting the love that she deserves; daddy and mummy’s love. It is so important to nurture that relationship between a dad and his little girl.”

She added: “Right now they’re besties. I call her and she’s like ‘I’m with Daddy,’ and I feel good. That’s exactly how it’s supposed to be. He’s doing an amazing job and we’re co-parenting.”

Betty further spoke about the reasons leading upto her recent exit from Mediamax-owned K24 TV intimating that she felt – despite being among the highest paid journalists at the station – she wasn’t appreciated enough.

The ‘Flair by Betty’ boss however added that TV will always occupy a part of her and she will be returning to the screens some time soon.