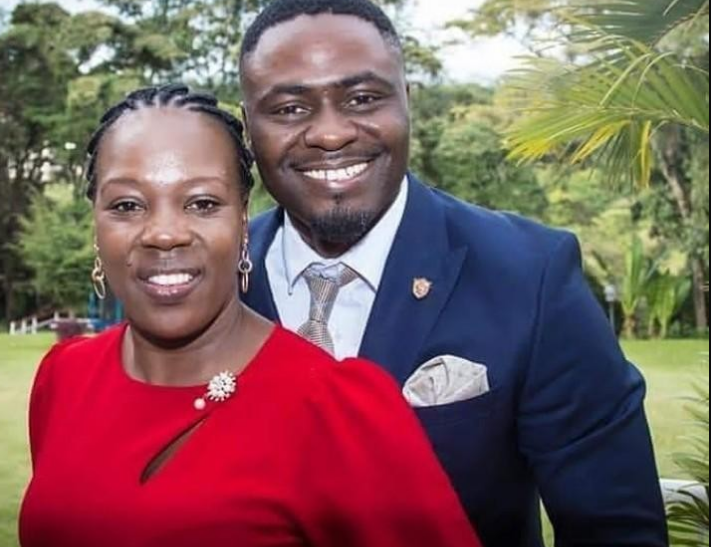 Gospel singer Ruth Matete was on Thursday reportedly quizzed by detectives at the Directorate of Criminal Investigations (DCI) over the recent death of her husband John Apewajoye.

According to the Nation, Matete recorded a statement on the incident saying Mr. Apewajoye’s body was burnt while trying to light up their gas cylinder on March 30, 2020.

She reportedly rushed him to Shallom Hospital, before transferring him to Bellevue South Hospital’s high dependency unit where he developed complications and was on April 5 admitted at the Kenyatta National Hospital (KNH).

Mr. Apewajoye, as stated by Ms. Matete, passed on at the facility on April 11 at around 8:30pm.

The 2012 Tusker Project Fame winner’s lawyer Robert Odanga further told the publication that a post-mortem was yet to be conducted since“the (Nigerian) embassy is still holding the body at KNH mortuary after a video was released by one of its citizens questioning the circumstances behind this death.”

Mr. Odanga also stated that they had filed a complaint against the gas company as well as Bellevue South Hospital which he said recorded the deceased’s burns as 40% despite it being recorded as 60% at KNH.

Further, it is alleged that Bellevue South Hospital kept Mr. Apewajoye at their facility for over a week despite not having a burns unit; and that, according to Ms. Matete, “they also failed to take care of his wound so it became septic.”

Ms. Matete, after recording her statement and in the company of her lawyer, is also said to have led the DCI sleuths alongside forensic officers and Energy and Petroleum Regulatory Authority officials to her house where samples were collected including the gas cylinder that reportedly exploded.