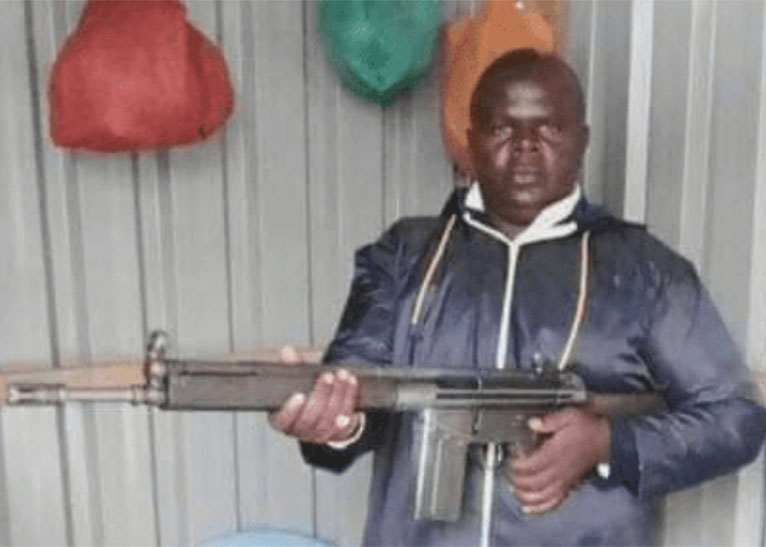 Police in Kirinyaga County on Thursday arrested a man who posted a photo on Facebook while holding a G3 rifle two days ago.

Gichugu OCPD Anthony Mbogo said the man suspected to have been involved in violent robberies in the region was nabbed at his home in Umbui Village in Gichugu Constituency following a tip off from members of the public.

However, police officers did not find the said firearm in the man’s house.

Police say they have begun questioning the suspect, who is being detained at Kianyaga Police Station.

The law enforcement agents say they want to find out how the suspect acquired the gun, which is only assigned – legally – to police officers.