BY KOOME KIMENCU IN MERU COUNTY.

A typical man bites dog situation played out in Igembe North, Meru County on Friday morning, when a cow’s panic runs led to the death of a lion that has been terrorising area residents.

The cow, which was tied to a tree to confine it, attempted to run away, when it saw the lion approaching.

A rope, which had been used to tether the cow, trapped the lion, consequently strangling the big cat as it attempted to free itself.

The KWS officers confirmed that the lion died as a result of strangulation.

Reports say the lion has been causing fear to area residents in the past five weeks; and that it mauled several domestic animals.

The residents claim their complaints to KWS about the stray lion, fell on deaf ears. 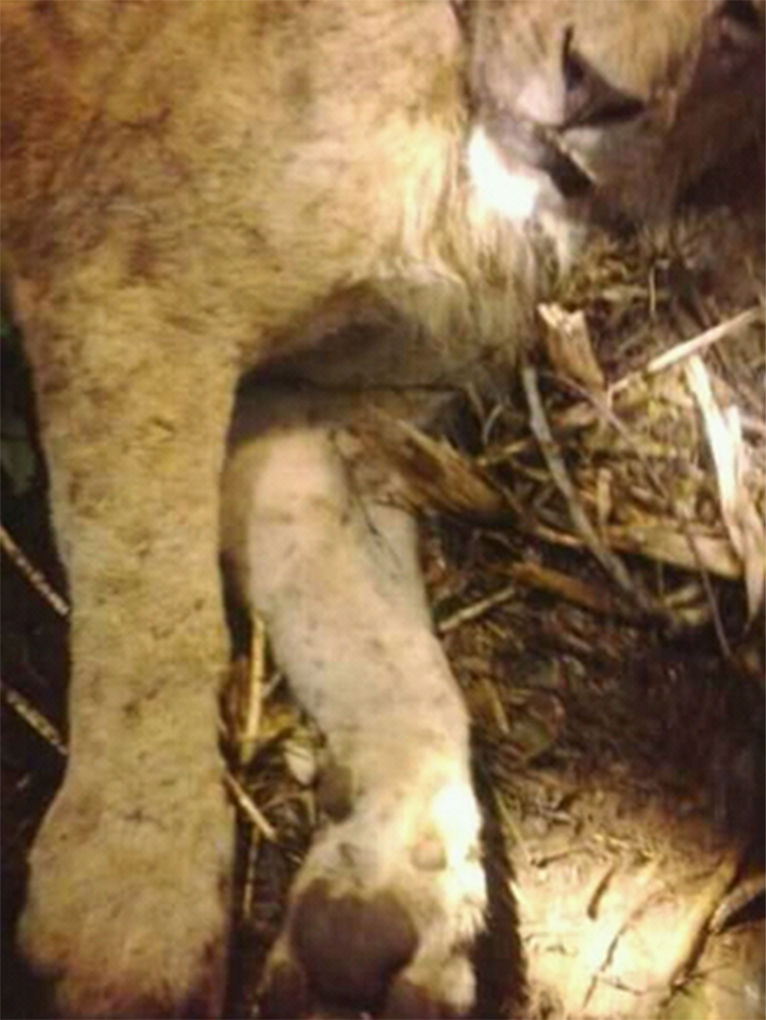 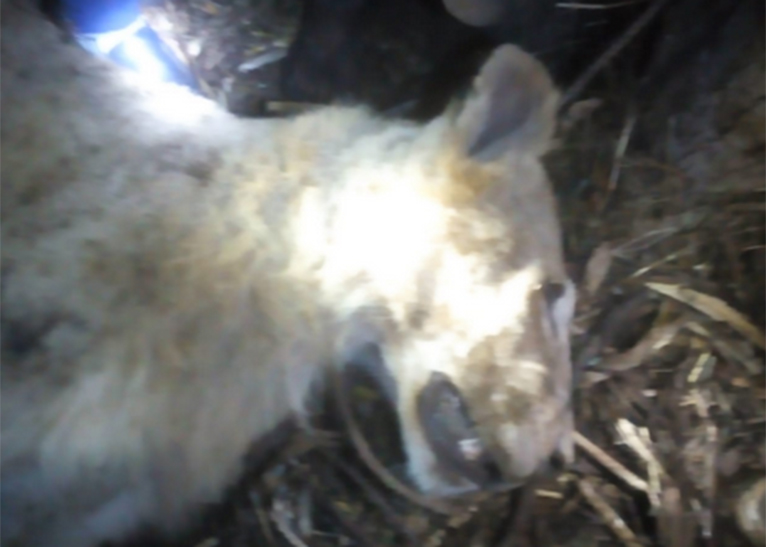 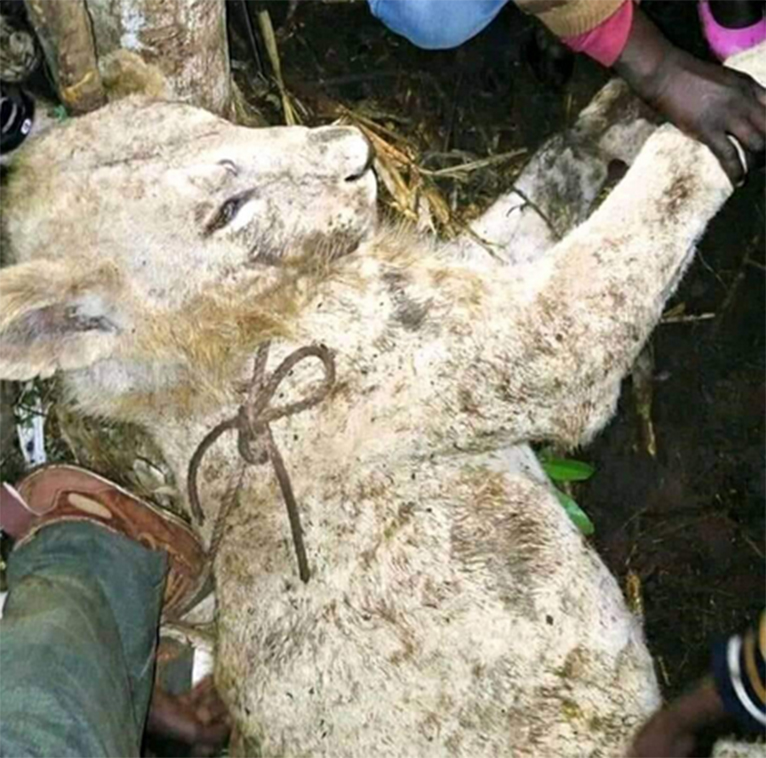 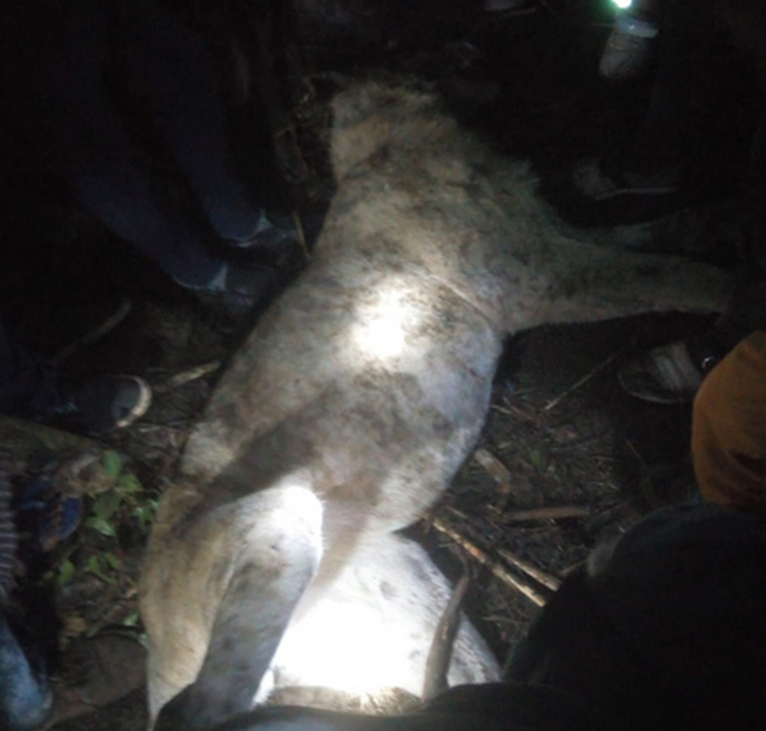