Mystery surrounding the death of Ugandan businessman Ivan Ssemwanga has deepened after an Instagram post, which sections believe was written by Ivan, was published one day ago on his account that has over 260, 000 followers. 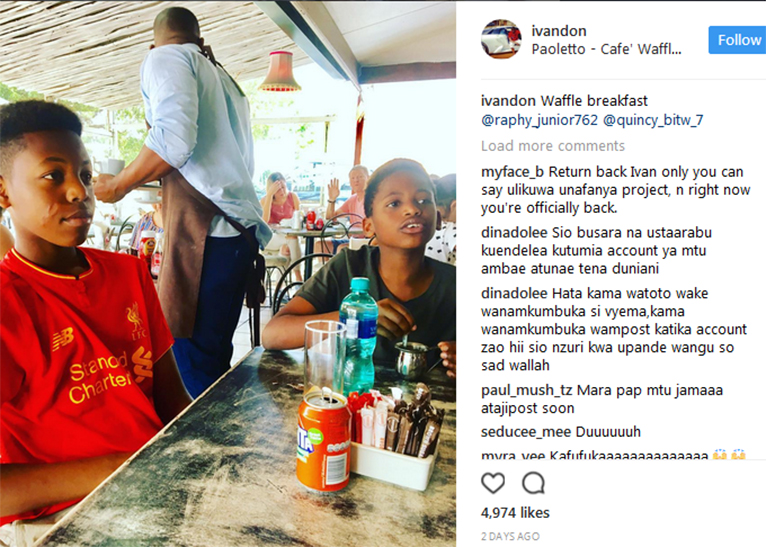 In the post, there is a photo of Ivan and Zari Hassan’s two sons, Raphael and Quincy, having breakfast, and the picture was captioned: “We are struggling to decide on what to have for breakfast @raphaeljunior and @quincy.”

Ssemwanga’s followers immediately took to the comment section on the post and questioned if indeed it was Ivan who posted the message, or the page was being managed by another person.

Ivan died on May 25th this year.

Rumours, in the past, suggested that Ivan Ssemwanga faked his death after debts he allegedly had, ran into billions of shillings.