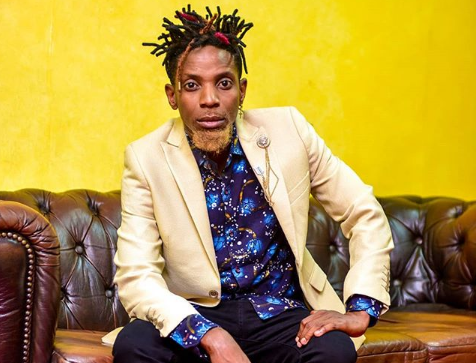 Popular Kenyan comedian Eric Omondi has come out to speak on being famous but broke five months after joining Churchill Show.

The comedian, during an interview on Citizen TV, said he joined the show in 2009 just after the Post Election Violence, adding that he became extremely famous five months later yet still remaining poor.

Eric added that whenever he would board a matatu, people would criticize him because they never took him seriously.

The recently crowned African King of Comedy further lamented how his house was often closed due to lack of rent and he had to seek refuge from friends.

Eric added that celebrities go through a lot of things that they do not show to society before they make it, also urging upcoming comedians to take everything step by step their time and await their time.

“Nakumbuka nilifanya advert flani ya Airtel wakanilipa mita (milioni) moja, I wanted to go and buy a black Mercedes Benz but my mentor Churchill told me to take a glass of water and relax. He told me to remember how my house was closed for the last two months,” he narrated.

The controversial comedian also spoke out on the troubled life of late Churchill Show comedian Njenga Mswahili who was laid to rest on Friday.

“I knew him personally and I knew what he was going through for the longest time and most of us assumed that he would be fine because of the traditional nature of men, ‘mwanaume ni kujikaza’ and it was something most of us go through,” he said.