He is the biggest name in Comedy right now , but Kevin Hart is in the news for a different reason.

Kevin Hart was robbed off stuff worth 50 million Kenya shillings (500,000 dollars) when he was away promoting his latest film Central Intelligence in which he stars alongside Dwayne ‘The Rock’ Johnson. 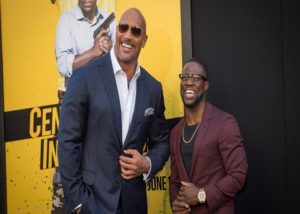 Burglars broke into Kevin Hart’s L.A. house while the comedian was on the road promoting his latest film. No one was at the house at the time of the burglary.