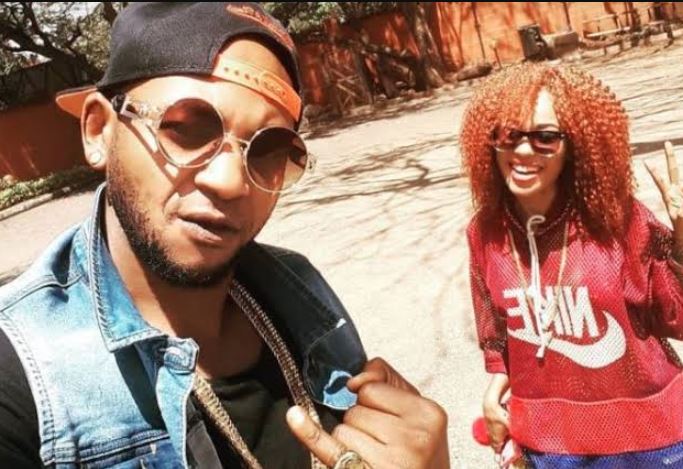 Female Kenyan rapper Noti Flow has come out with damning allegations against her ex-boyfriend and fellow musician Colonel Mustafa.

Taking to her Instagram stories on Wednesday, Noti Flow alleged that Mustafa is gay and lives with his boyfriend in Utawala estate.

“…Mustafa is gay and he lives with his boyfriend in Utawala! Confirmed! Wow, fake a** Muslim,” wrote Noti Flow.

Speculation about Mustafa’s sexuality was first initiated by Bradley Ombomi, alias Trap King Chrome, with whom he was beefing. The three of them, Noti Flow included, were cast members of Kenyan reality TV show Nairobi Diaries.

In his initial allegations, Trap King Chrome claimed that Mustafa had been lying to his fans about being straight yet he had been living with his boyfriend.

“How long are you gonna lie to your fans? How long you gonna keep up this act bro? I have no problems with homosexuals but you on TV every Monday lying to the fans that you’re straight and we all know you got a boyfriend living in your house,” wrote Trap King Chrome on one of Mustafa’s Instagram posts.

Noti Flow’s revelations was followed by a series of posts by Trap King Chrome of conversations between them over the issue.

The ‘No Time’ rapstress, in the screenshots, alleges that she – alongside Mustafa – were set for a performance during a recent gig in Nairobi but that he bailed on her, only to leave with his supposed boyfriend.

She further claims that, during their entire relationship, the former one-half of legendary duo Deux Vultures has “been manipulating me for years in the name of love.”

According to Noti Flow, she was bankrolling their entire relationship, adding that she has been Mustafa’s “sugar mama for years despite being 15 years younger than him.”