This, he tells the Public Relations agency chap who introduces us at Sankara Hotel in Westlands during the official Coke Studio Africa official launch on Sunday, February 11, 2019.

His LinkedIn profile says he has been at Coca-Cola since 2011; rising from Assistant Brand Manager to the corner office he probably has at the moment. In it, he says things like “I am a Marketing professional with over 10 years in the brand strategy, advertising as well as corporate industry” and “I have had the privilege to handle some of the most powerful brands in Sub Saharan Africa during my time in advertising” which make him sound like a show-off. But, really, in person, Rodney is a soft spoken, assertive, confident man who pulls off kitenge in a way only he can.

EDAILY caught up with him for a quick chat on the past, present, and future of Coke Studio as well as what it means for the Coca Cola brand.

What criteria do you guys – as Coke Studio – use to pick which acts feature on the show?

We do a lot of research with our key consumers who are between ages 13 and 18. They tell us who they listen to, who the hottest artists at that moment are and who they would love to see on Coke Studio. Then, from there, we reach out to all those artists and, depending on their availability, we bring them on the show.

Going by that then, shouldn’t it mean that the selected artists are consistent in the industry? How does someone like, say Nazizi, get picked up when she hasn’t released a song in ages?

You’d be surprised, Nazizi is actually still making music; she’s still quite popular. She’s one of the artists who our consumers said they’d like to see on the show and, like I said, we go through the whole process of checking availability. So some of the artists that we may have wanted were not available but Nazizi was one of the names that were on the list and was available. Wait until you see her collabo, it’s amazing.

What does Coke Studio do for the Coca-Cola brand?

It allows us to have a deeper connection with our consumers. Our target audience, ages 13 and 18 as I have said, love two things; football and music. With Coke Studio Africa, we bring them even behind the scenes to the making of the music. They see where the artists come from, what inspires them, how they write their music, and they see them interacting with other artists from other parts of the continent so it gives them a holistic feel of music. That’s why we do it and that’s why it positions us in goodwill in the minds of our consumers.

I don’t know if my research is right, and you’re welcome to correct me, but you guys actually did Coke Studio in other continents before bringing it to Africa, right?

Yes, Coke Studio first started in Pakistan in 2008. They did it there and established it so we took that learning and executed it in Kenya.

So why did we – Kenya and Africa – come last?

We are not last, a lot of countries have actually not done it yet. And it took a while after Pakistan but when we did it, we did it even bigger than they did it and we’re raising the bar across the world.

Why are there no international artists this season as has been the norm in previous recordings?

There has also been talk about Coca-Cola slashing this year’s budget. Is there any truth to this?

No. We don’t talk about the numbers but we’ve maintained the investment that we’ve done on Coke Studio in Kenya since 2013; created over 200 jobs, invested over $9 million (Ksh.900M) alone in Coke Studio and this is for production crew, technical crew, stylists, make-up guys etc. Those guys still have their jobs so we’ve not cut down on budget, we’ve changed the strategy; from focusing on international to focusing on homegrown talent. 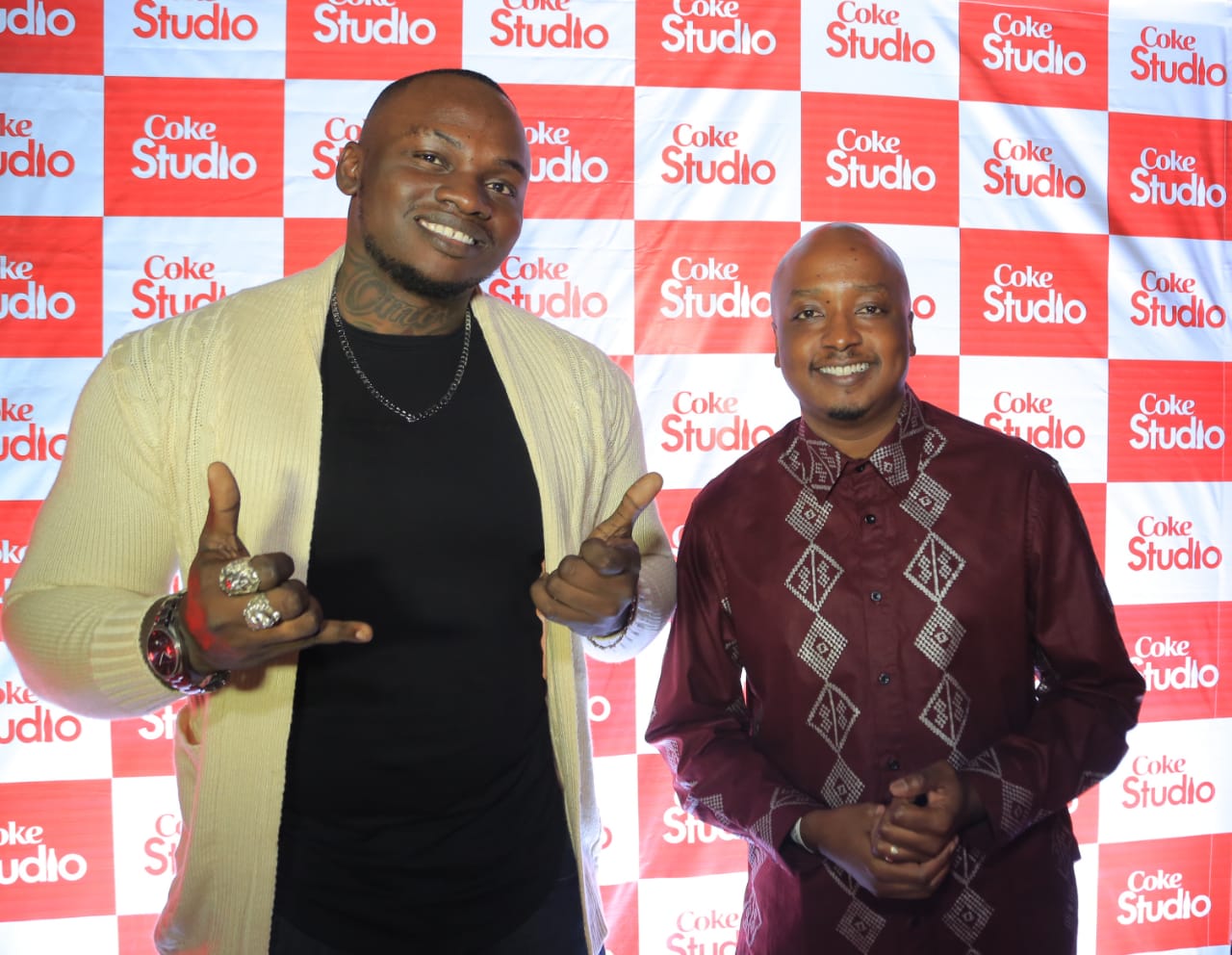 I know you’ve spoken about growing and promoting African talent but, at the end of the day, it also has to bring in business for the company. So how does Coca-Cola benefit or make money from Coke Studio?

Besides paying the artists who come on the show and exposing them to your audience and consumers, what else do you guys offer them in terms of getting their music out there?

In terms of getting their music out there, we don’t distribute music, however, the Coke Studio and Coca-Cola platforms boast millions of fans across the world and we also have the Coke Studio radio show. This allows us to be able to share the collabos that we’ve done on Coke Studio with audiences that would not ordinarily listen to them. Say a teen in the deepest part of Ethiopia listening to a Khaligraph Jones song or a Moji ShortBabaa song; they would never have been able to hear that without the platform that Coke Studio Africa is giving. So not only are we allowing them to collaborate, we’re also giving them opportunity to showcase their talent out of their own countries.

The show features remakes of some of the artists own songs as well as a few originals. However, since you guys started, only one collaboration has made it out of the show and Coke Studio even funded the video. That’s ‘Said’ by Nasty C and Runtown. Why only that one song?

That was a banger. It was a big track. And what that does is that it shows artists the opportunity that there is. That one song was ‘Okay’ before Coke Studio but it became a massive jam after Coke Studio. And, even so, there are even other songs that may not have been recorded on Coke Studio but the artists met through the Coke Studio platform.

And are you guys looking at doing a similar thing?

Where are you guys taking Coke Studio next after Africa?

We just want to scale it and make it bigger. We have about 10 countries from Africa participating right now but there are over 53 countries in the continent, why can’t we have Coke Studio in each of those countries? You can imagine the force that African sound would have if every country in Africa had Coke Studio.