Unbeknownst to most Kenyans who only recognize Mdoe on television, the Citizen Nipashe and Tafakari Ya Babu anchor also doubles as an author, having published  a number of books for Kenyan schools previously.

In a past Mjue Msanii Wako interview on Citizen TV with Lulu Hassan, Swaleh revealed that he used to be a newspaper columnsist long before he started anchoring news. 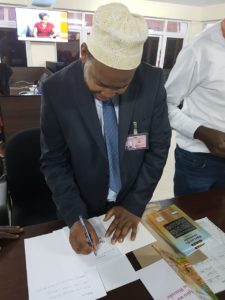 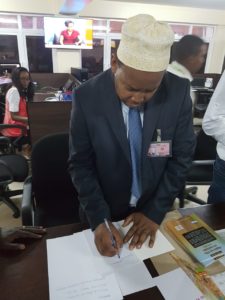 The veteran news anchor has previously stated that he is a subscriber of Twitter only, and not other social networking sites such as Facebook, Instagram, SnapChat among others.

“Let me categorically state that I am not a user on Facebook or any other social media platform besides Twitter,” said Swaleh.