A Christmas carols service in Sri Lanka mistakenly printed out the lyrics to gangster rapper Tupac’s hit song ‘Hail Mary’ on thousands of its service programmes, says the Dailymail.

The unfortunate mix-up took place at the Catholic 2016 Joy to the World Festival, which was held at the Nelum Pokuna Theatre in Colombo, the capital of Sri Lanka.

Instead of reflecting on the traditional Catholic prayer’s message of how ‘blessed is the fruit of thy womb, Jesus’ – attendees were presented with lyrics reading:  “I ain’t a killer but don’t push me, revenge is like the sweetest joy…” 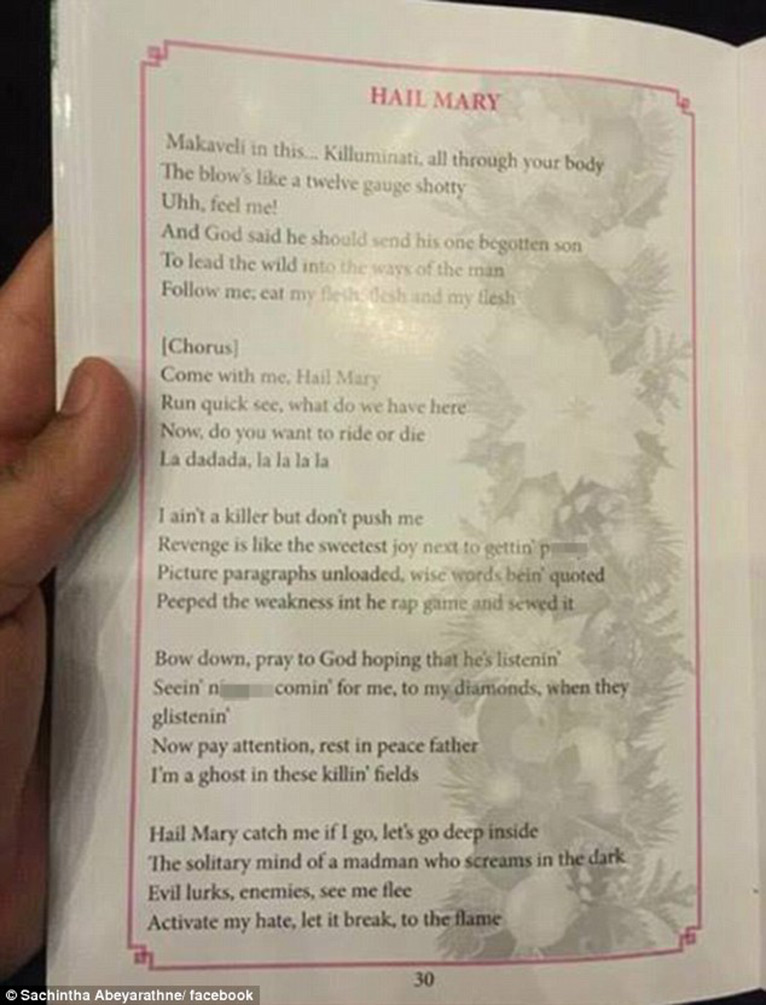 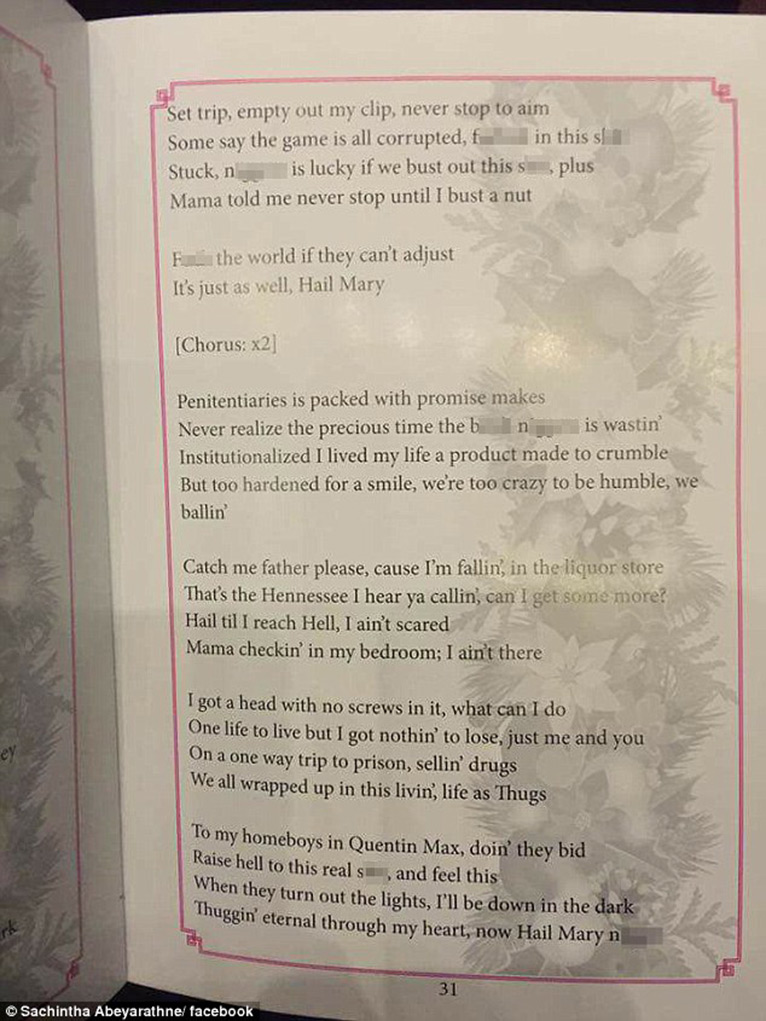 The Hail Mary, also known as the Ave Maria or Angelic Salutation, is a traditional Catholic prayer which draws inspiration from two passages in Luke’s gospel.

The song was released shortly after Tupac was shot dead in 1996.