President Uhuru Kenyatta made the announcement saying that Mama Lucy had been unwell for over a month.

In a statement, the President said that Mama Lucy passed away at Bupa Cromwell Hospital in London.

Kenyans from all walks of life took to their social media pages to mourn the death of the former First Lady of Kenya.

However, public figures also went ahead and wrote condolences message dedicated to family and friends of the former First Lady Mama Lucy Kibaki.

Here are some of the messages:

#RIPMamaLucy our thoughts and prayers are with the family during this trying time pic.twitter.com/ibsK5ICOOk

Rest In Peace Mama Lucy Kibaki. May the Almighty God rest her soul in eternal peace.

"…I had the honour of meeting the late Lucy Kibaki..she was a very inspirational, charismatic strong woman…" – @GiladMillo #RIPMamaLucy 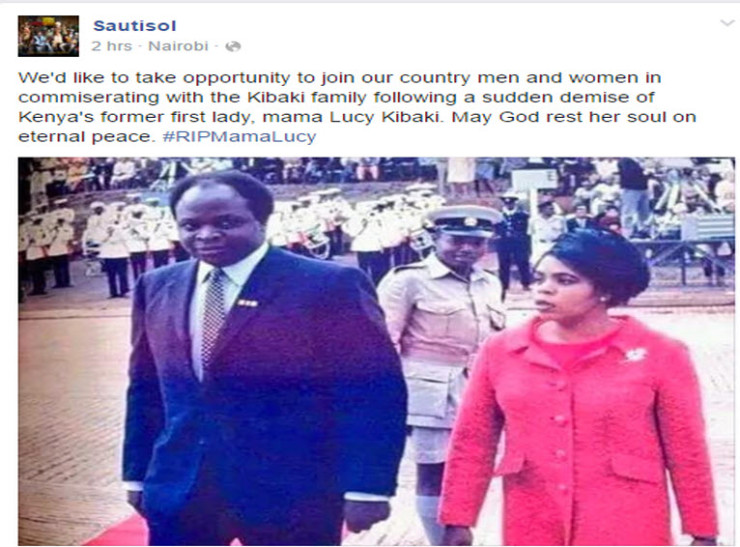 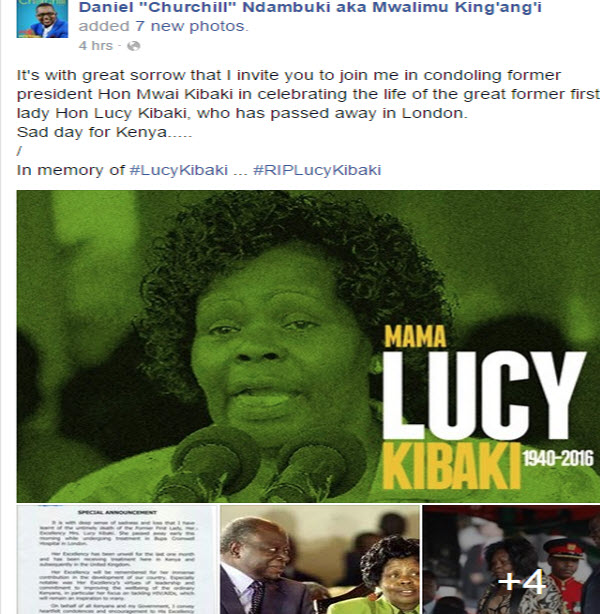 May the Lord Almighty comfort the family of Lucy Kibaki. #RIPLucyKibaki