Caitlyn Jenner’s first “Sports Illustrated” cover is here. The 66-year-old posed for the July cover complete with the gold medal she won in 1976 Olympic games.

“The decathlon for me was the ultimate in what people think of as manhood,” Jenner says in the interview. “So for me it was a good place to hide. I had a need to prove myself, that maybe that woman that’s living inside of me really isn’t living there.”
Along with the cover is a 22 minute movie, “Jenner: 40 Years After Gold.”
“I loved what I was doing,” Jenner said. “I was the best in the world at what I did. But I knew [the 1976 Games] would be the last time. I kept thinking, ‘Hold on to the moment, hold on to the moment. Remember this moment, it’s going to be over so quickly. You’ve got a long life to live after this.'”
Jenner appeared on “Sports Illustrated” once before as Bruce, after the decathlon win in August of 1976. Jenner made her transition from Bruce to Caitlyn public in April of 2015 during a sit down interview on 20/20 with Diane Sawyer. At the time she said, “For all intents and purposes, I’m a woman.” In June of 2015 Jenner stepped out as a women for the first time; she revealed her new name on the July 2015 cover of “Vanity Fair.”
“I was throwing out my past like it never happened,”Jenner continued. “And I’m very proud of those times. This was a big part of my past. It’s part of my life, it made me who I am.”
Here’s her cover shot: 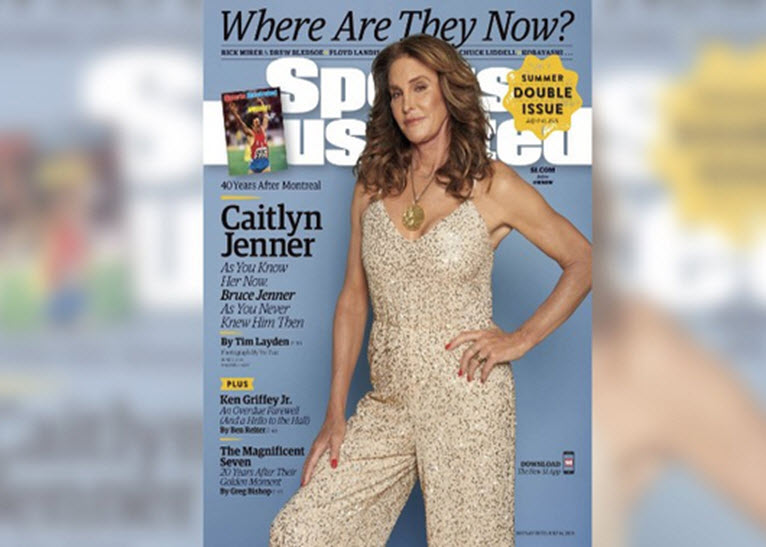