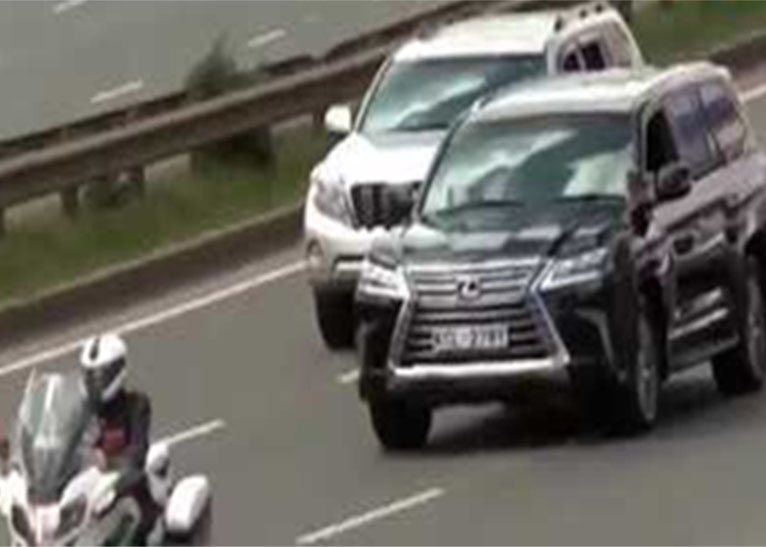 BY CALISTUS MUGA IN BUSIA COUNTY.

A 7-year-old boy from Budalangi, Busia County was hospitalised Friday evening after he was allegedly knocked down by a car in Deputy President Dr William Ruto’s convoy.

According to police in Busia, the vehicle involved in the accident was carrying the DP’s press team.

The accident victim was taken to Port Victoria Hospital in critical condition.

The deputy president had just concluded his address to residents of Budalangi at the St.Benedict’s Budalangi Secondary School; and was leaving the venue, when the incident happened at 4:50pm.

The Class One pupil’s mother, Rosemary Adema, says her son is in a “heartbreaking medical state”.

One of the witnesses narrated to EDAILY what happened during and after the accident.

“After knocking down the boy, security personnel of the deputy president prevented a Good Samaritan from picking him up. They, instead, placed him on the roadside. He had serious breathing complications at the time. The boy’s parents rushed to the scene and took him to hospital,” said the witness.

A police officer at Port Victoria, who did not want his name published due to the junior position he holds, says a report of the incident was filed at the station, and that investigations have begun.

Attempts to reach the DP’s reps for comment did not bear fruits as at the time of going to press.