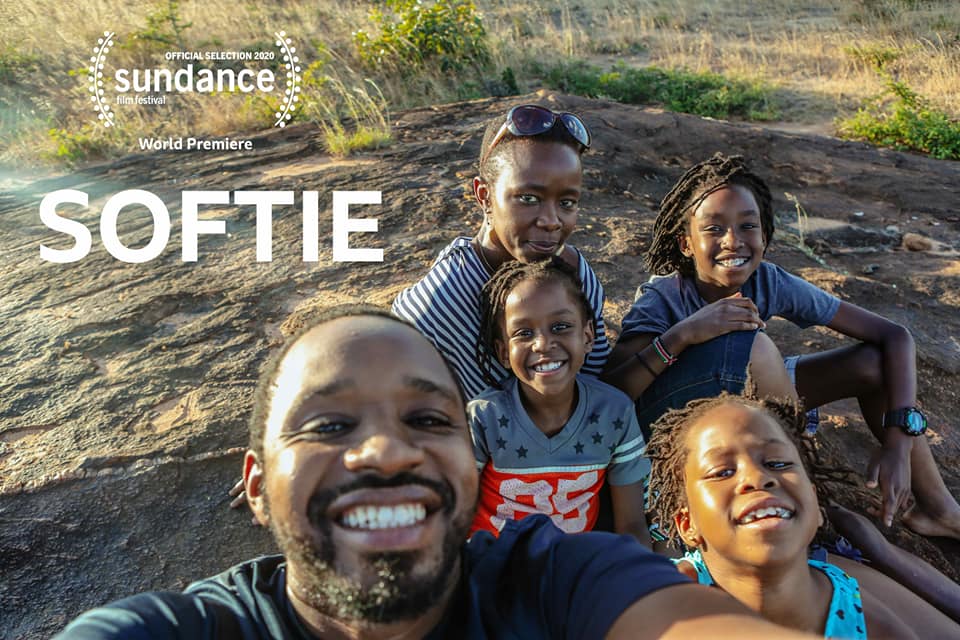 Boniface Mwangi’s son Nate- who was at Sundance in Utah with his parents- made two Hollywood A-listers Viggo Mortensen and Lance Henriksen pause their interview for a pose.

In a video shared on social media, Nate walks up to ‘The Lord of the Rings’ and ‘Alien 3’ actors and requests for a selfie.

The interview is paused as the delighted trio attempts to take a series of photos.

SELFIE BREAK: Viggo Mortensen and Lance Henriksen pause their interview to take a selfie with a young fan. He’s a subject of “Softie,’’ a documentary film shown at Sundance. pic.twitter.com/x3jTDcEjM4

The special innocent moment attracted the attention of Associated Press who took to Twitter captioning a video: Viggo Mortensen and Lance Henriksen pause their interview to take a selfie with a young fan. He’s a subject of “Softie,’’ a documentary film shown at Sundance.

The young Nate was part of “Softie” a Kenyan documentary that revolves around the life of activist Boniface Mwangi and how his passion affects his family.

Softie is the first Kenyan-produced movie to premiere at the Sundance and will go on to ride on its premiere success after it was snapped up by POV- PBS’s documentary arm.

The movie follows Boniface “Softie” Mwangi, who decides to run for office after years of fighting injustice in Kenya.

While campaigning, Mwangi begins to realize the difficulty of combating his corrupt opponents with idealism alone, and soon finds that challenging the country’s entrenched political dynasties is putting his family at risk.

Chris White, executive producer of POV, says he loved the documentary from the word go and was thrilled to premiere it at Sundance and bring it to American audiences later in the year.