The self-proclaimed ‘Ghetto President’ has been in the limelight following allegations that he had a hand in the eviction of Busabala residents – a move that some said was meant to expand his empire.

Wine, whose real name id Robert Kyagulanyi, posted on social media that there are individuals who are out to spoil his name.

“It’s absurd that even ministers were invited to a public meeting but they could not stand on their two feet and tell the truth,” he posted.

The Mama Mbiire hit-maker, who says he owns a beach in Busabala, said his haters are out to destroy him by trading lies.

“I own a Beach in Busabala, but not everything that happens in Busabala is my responsibility,” the post read in part.

Here is his full statement: 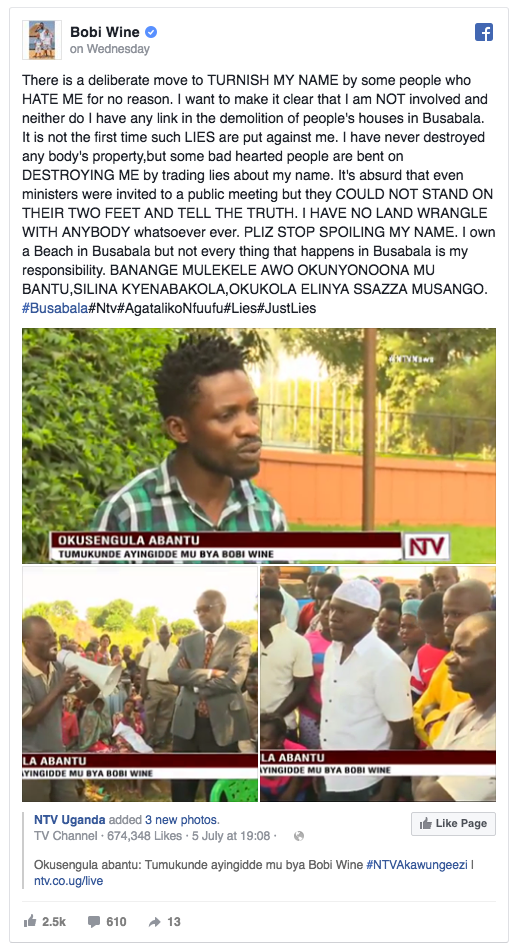