While the theme of this year’s World Wildlife Day was big cats, in Laikipia it was done a little different and in style. Residents of the county were treated to films that showed local conservation heroes in the county.

The films shot and produced by two zoology students Hannah and Jamie of Stand Up For Nature organization, features conservation heroes who have shown effort in rhino and wildlife conservation.

These films filled school halls as pupils and residents in local centres watched their heroes shown in a unique cinema screening.

Perhaps it isn’t Lupita’s Black Panther screening caliber – No 3D glasses, no sophisticated screens, and cosy seats. No pop corns and refreshments to aid take in the action filled themed Marvel movie. No. In fact in most places, residents had to stand, school children had to sit on the floor and share desks for a chance to watch the films on the cinema.

Under the theme of #VifaruWetuMaliYetu, the cinema showed in over 8 schools with over 2000 pupils catching the film by 3 rd of March. Wakanda cinema is it then? You ask.

It’s a bicycle-powered cinema that gets its energy from cycling of the bike. For it to work, one has to continuously cycle a stationary bicycle that then turns a dynamo. The dynamo converts it to energy which then powers the Cinema. This cinema was especially popular in places like IL Ngwesi, North of Laikipia County remote areas that do not have electricity. IL Ngwesi a community ranch boasts as the only group ranch that has two white rhinos to protect.

They are part of the larger community that is helping Kenya Wildlife Service achieve goal of having 2000 rhinos by 2025. It was perhaps for this reason that it was important to tell stories of rhino and wildlife conservation through the unique cinema. 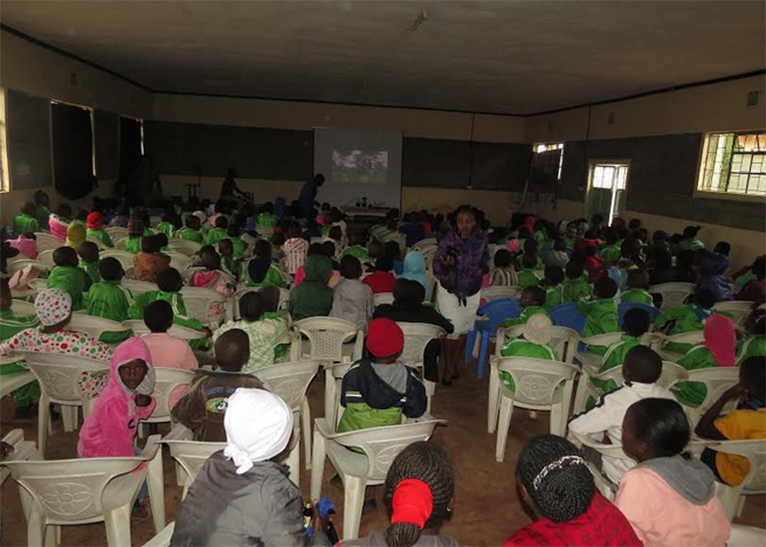 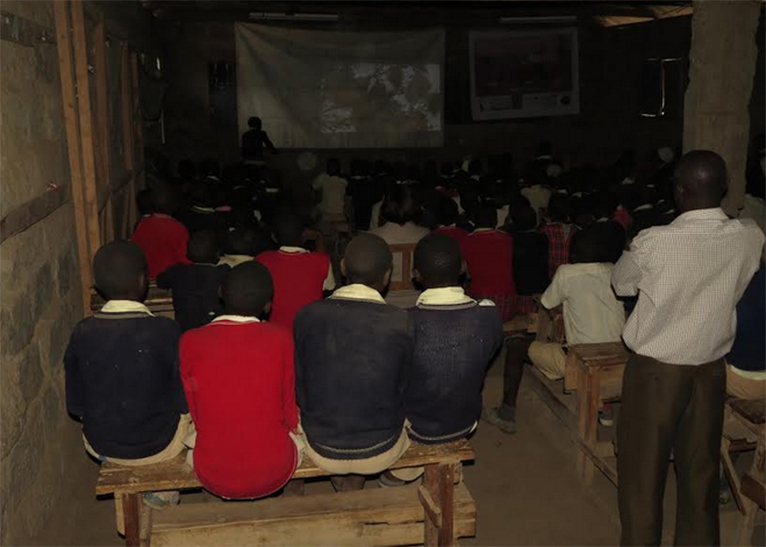 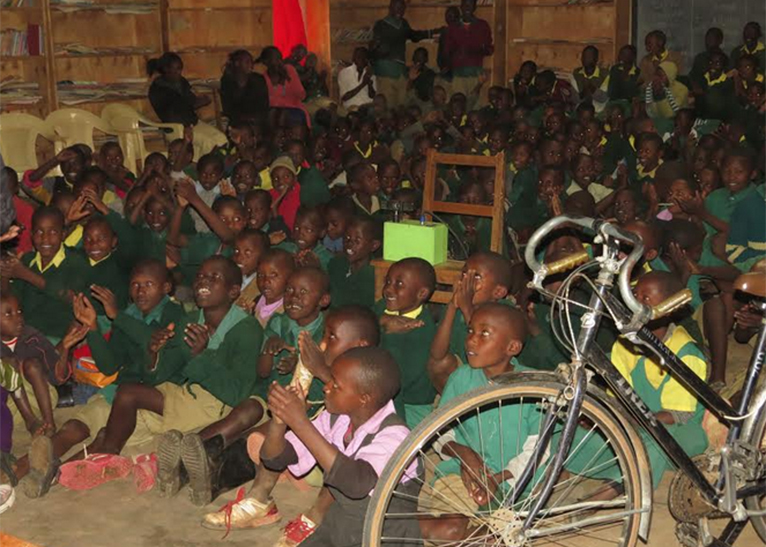