Our MCM for today is an upcoming DJ with an absolutely powerful story to tell. Kelvin Nderitu Kimathi aka DJ Velko was born with Cerebral Palsy, a neurological condition that affects the movement and co-ordination.

In DJ Velko’s case it affected the left side of his body, more noticeably his left hand and leg but that has not stopped him from pursuing his dream of being a DJ.

Why pick the name ‘The One Hand DJ’?

“I recently started using #theonehandDJ cause one of my friends actually saw the potential in me and just asked me if I put you in a room with kina Mfalme, Crème, Kaytrixx what would be the difference among all of you?’”

“At that time I didn’t have an answer because I’d never thought about it in that way. Then when eating dinner later that night, I realized ‘Eh boss, you mix with one hand!’ So I went back to him and told him; mi humix na mkono mmoja and he told me that that’s what’s unique about me.

“So at the beginning of this year I started using the hash tag #theonehandDJ to represent me as a DJ. I wanted to make an impact. When people call me The One Hand DJ, it passes the message that one can follow their dreams regardless of the situations they face.”

Kimathi is the last born of a family of three; he has two older sisters,

“I was born with cerebral palsy – though mine is a relatively minor case. Because of that, my parents never took me to a special needs school.  When I was growing up, I saw myself as a normal kid so I never bothered asking my parents about the condition that affects my left side,” he said.

So how did he respond when people asked about his condition?

“I simply told them that I was born this way,” he explained.

The vibrant DJ recounts that when he was younger, some people would tease him about the way he walked and how his hand looked. Most of these children resorted to such hurtful comments during disagreements, as they thought these comments would get under his skin.

Instead of letting these comments dent his self-esteem, DJ Velko used them as motivation.

“Everything that my able-bodied mates did with both hands, I did with one hand. Even if it was difficult, I found a way to go about it. I do, however, try to use my left hand as much as possible,” he explained.

Passion to become a DJ

“Growing up, I thought that if you wanted to switch a song, you had to stop the previous one and play the next one. One day, I heard one of my favourite songs, Boomba Train,   mix with another one seamlessly. I remember asking one of my friends, ‘Umesika venye hio song imeingiana na hio ingine?’”

That was the first encounter that he had with deejaying. His second encounter, which came in the form of an unplanned hangout, answered all his questions about the work of a disk jockey.

“I went for another gig at Impala Grounds and it was a huge one because it had so many celebrities. That’s when I actually saw what a DJ does. Previously, I just knew a DJ was a person who plays music on radio – I didn’t know that they use decks. In my mind I thought ni mtu anakaanga hapo na CD, hii ikienda kuisha anaingiza hio ingine,” he recalled.

At that time, DJ Hassan was the top disk jockey in the entertainment scene and young Kelvin was keen to see him in action.

“As small as I was, I walked backstage, I don’t know why but the guards that were there didn’t stop me. So from where I was standing, I could see Hassan and how he was doing his work. I saw he had a mixer and two players so that’s when I found what DJs actually do,” DJ Velko recounted nostalgically.

Those few minutes backstage ignited the desire to pursue a career in Deejaying – a career that he currently practicing.

So, when did you actually get a chance to mix music? 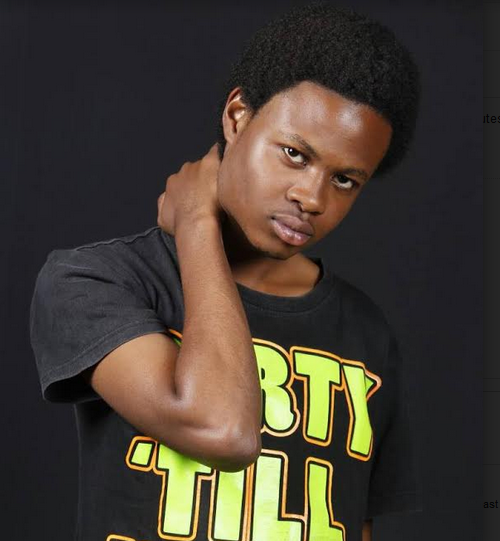 “My first gig would come years later, in 2012.  The event was called fantasy fusion, and it was mainly and EDM/House kind of gig. Back then, I started as a House DJ but I saw that I need to be diverse in order to make it big in the industry,” he said.

Save for mixing with one hand, what other challenges did you face as your pursued your deam?

With a sigh, he says: “There are so many! First, no one wants to give you an opportunity because they already have these big names. Why should they consider this upcoming one?”

Even when you are granted a chance to showcase your craft, you face more challenges still.

“People take advantage because they see you’re an upcoming DJ so they say ‘I’ll give you the first time for free so that you get exposure.’ Before you know it you’ve done the next three events for free since they think you don’t have bills to pay but I also have my own bills,” he explained,

“Even when you are able to negotiate for payment, you have to make a name for yourself. It is not easy to penetrate this market. There are a lot of big names in the industry,” he went on to say.

So, what are his future plans?

Besides being a DJ, Kelvin is an advertising student at Daystar University. In addition to being a deejay, he would like to pursue a career in advertising and doing events.

“Never make excuses, find your weakness and make it your goldmine’