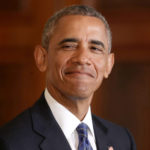 Barack Obama’s second term as the 44th president of the United States came to an end on 20 January and he passed the torch on to Donald Trump.

And after eight long years in power, Barrack Obama is rewarding himself with a life changing experience. And evidently, life begins at 55.

However, while Barack Obama is living his best and enjoying the British Virgin Islands where he is visiting Billionaire Sir Richard Branson, this has made some Americans sad.

They took to Twitter to share their sentiments on how they felt about their former Presidents vacation, claiming he has dumped them and now he is like an ex-boyfriend to America.

🎶 Nothing can compare to your first true love / so I hope this reminds you babe / when it's real it's forever so don't forget about POT-US 🎶 pic.twitter.com/6PPdFUsPFn

BABY COME BACK I CAN CHANGE pic.twitter.com/BgFbr4nA6Q

when u realize ur best friend is better friends with someone else pic.twitter.com/t6rTiOpqvF

"It's like our relationship didn't mean anything. Look at him all happy. He doesn't miss us at all!"
😂😩😆 https://t.co/rQ2LSZWYnd

how my ex smiles knowing my new boyfriend is a liar, cheater, ugly pigboy pic.twitter.com/BZrKrMVDS2