United States President Barack Obama’s wife Michelle Obama turned 53 on Tuesday, January 17 – and Obama took to his social media pages to send her a heartwarming birthday message, which has attracted attention from sections across the world.

“To the girl from the South Side who took on a role she didn’t ask for and made it her own: Happy Birthday, Michelle. I love you,” wrote Obama on Twitter. 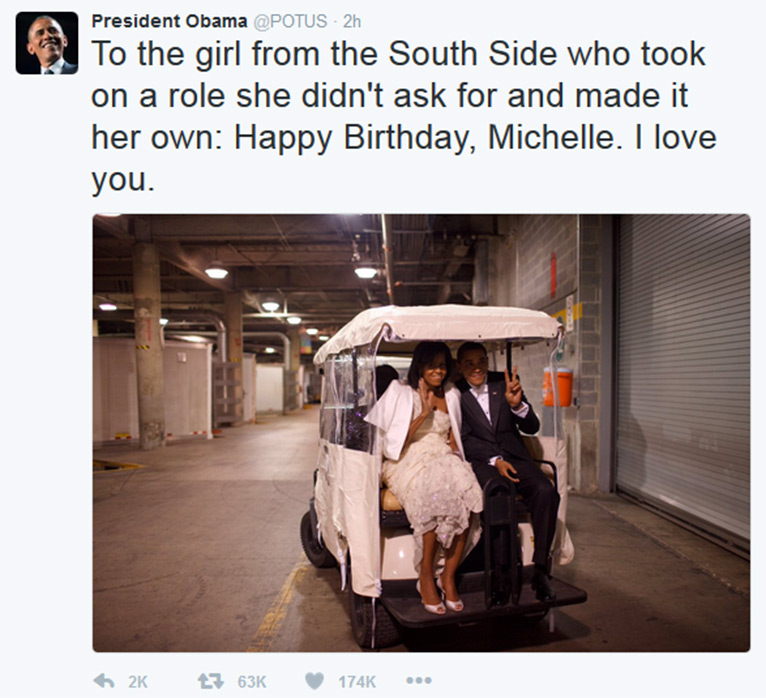 The tweet attracted a massive 174 , 000 likes and 63, 000 retweets from users across the world within two hours since its posting.

The Obamas are set to leave the White House on January 20 when President-elect Donald Trump will officially take oath of office.

Last Tuesday, President Barack Obama momentarily batted back tears as he thanked his wife, Michelle, during the emotional tail-end of his farewell address in Chicago.

“Michelle Lavaughn Robinson, girl of the South Side — for the past 25 years, you have not only been my wife, the mother of my children, you have been my best friend,” Obama said. “You took on a job you didn’t ask for, and you made it your own with grace and with grit and with style and good humor.”