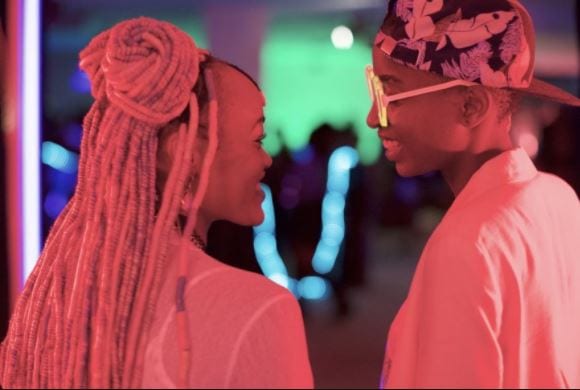 Rafiki, the controversial film that was banned by the Kenya Film Classification Board (KFCB), is set to be aired in court on October 18, 2019.

Taking to social networking site Twitter to announce the news, Wanuri Kahiu, the film creator and director, stated that the film would be shown to a closed audience.

Great news! RAFIKI to be viewed in Kenyan Constitutional Court to a closed audience on October 18th! #LetFreedomReign #FreedomOfExpression

The High Court on June 6, 2019 ruled that Rafiki be played in court as exhibit in a case where the Wanuri challenged the ban by KFCB.

“I am satisfied the petitioners prayers are merited and should be granted for the respondents to exhibit,’’ said Justice James Kamau in his ruling.

KFCB had opposed the film director’s application to have the film played in court on grounds that the exhibition of the film will be in effect adducing evidence without court’s permission.

Through its director Ezekiel Mutua, the board argued that exhibition of the film will not be necessary to the determination of the constitutionality of the Films Act.

Wanuri however argued that it would be proper for the court to watch the film fully to determine the circumstances raised in the petition.

Kahiu argued that the ban on the said film is contrary to the freedom of artistic creativity and that they are bound to suffer losses.

In April last year, KFCB banned the movie prior to its premier at the Cannes Film Festival on grounds that it promotes lesbianism.

In September, the High Court suspended the ban for seven days to allow it a chance to qualify for an Oscars nomination.