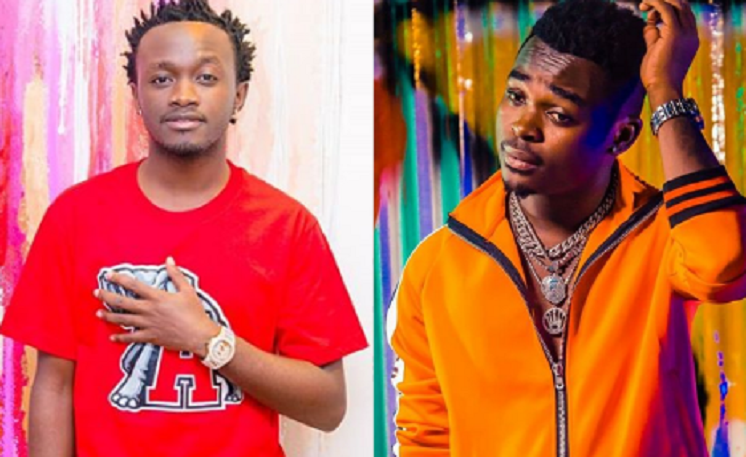 Kenyan Gospel artist Bahati has hit out at his Bongo counterpart Aslay following the massive flop of their 2018 collabo ‘Bora Nife.’

The song between the two regional superstars was officially released on April 14, 2018 and, despite garnering over 3 million views on YouTube, most critics have since dismissed it as subpar especially since none of the artists even promoted it on their social media platforms.

However, according to Bahati, this was because Aslay had too much pride and was hence difficult to work with.

“I have never spoken about it anywhere but Aslay brought a lot of his stardom [to the project.] I’m the ghetto president, I command my people, and I respect that he also has his following in Tanzania. But when you do a song with someone, you need to humble yourself,” said Bahati.

Bahati further added that the collabo with Aslay was recorded even before his collabo with yet another Tanzanian artist Rayvanny dubbed ‘Nikumbushe.’

“This was not the plan, because by then I had already moved on to other things so…it did not work for me,” he added.

Bahati, who is currently flying high with his latest single ‘Unavyonipenda’, also spoke highly of his relationship with singers and managers from WCB Wasafi stable, terming one of Diamond’s managers – Babu Tale – as a father figure.