His big break came with the touching song Mama – a tribute to his late mother –, and now gospel singer Bahati has penned down yet another touching message for her.

Taking to social media on Mothers’ Day, Bahati posted the only picture of his mum, noting that she was a fashionista in her own right.

“Hatukuonana sana but naona hapa umevaa stunners, kwa hivyo ulikua Dot.Com Mjanjes?  (Translation: We did not see much of each other, but I see you were sporting stunners in this picture – does this mean you were a Dot.Com?),” he posted. 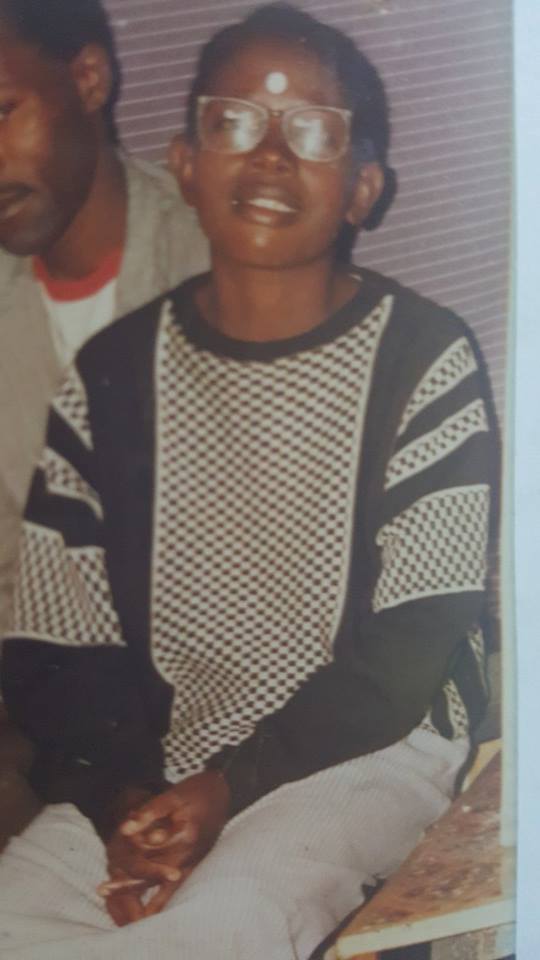 Bahati posts the only picture he has of his late mum [Photo: Courtesy/Bahati]

Having lost his mother at a tender age, Bahati moved to ABC Children’s Home in Mathare slums.

Though he is thankful for the fact that they took him in, the singer has previously stated that his early life was tough.

The 2014 and 2015 Groove Award winner has come a long way from his days of scarcity, and on Mothers’ Day, he wishes she could see his success.

“At times I wish you were alive just to see how hard I work to make you proud. Yes, at times nilikukosea sana, but I know if you were here you’d understand me better, (especially) the times that the world doesn’t,” he posted.

Even though he misses her, Bahati expressed that he gets his strength from God: “Mum nakazana and the fear of the Lord has been my strength.”

Bahati has often spoken about the challenges that he faced growing up as an orphan, saying that that experience has influenced his outlook on life.

Even though he is in his early 20s, Bahati has already adopted three children: Morgan, Rose and Purity.

In a bid to expand his work with underprivileged children, Bahati launched a foundation that aims to help street children get access to education.

Bahati Tena Foundation was launched on Wednesday, May 4 by the singer in the streets of Nairobi.

“Today (Wednesday) I had lunch with thousands of street kids from Nairobi as I involved them in launching my foundation – Bahati Tena Foundation. Glory to God I will be taking at least 20 street boys and girls to school each year,” Bahati said.

The Barua star says he also hopes to establish a children’s home.