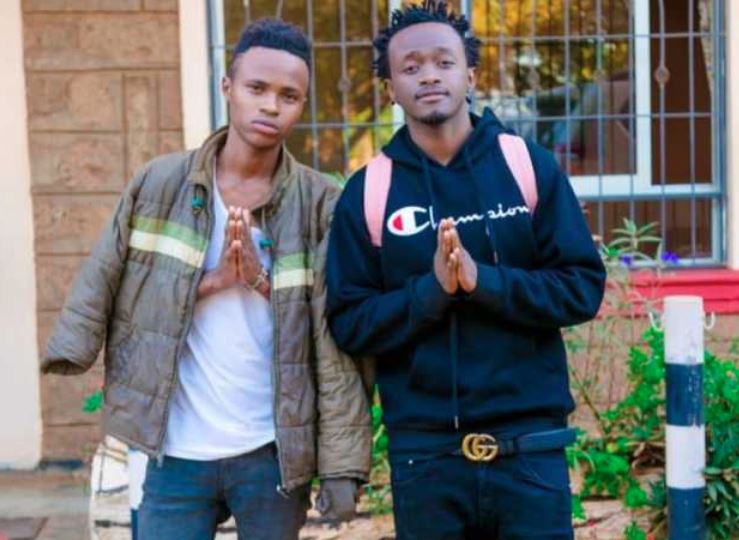 Peter Blessing, speaking to a local entertainment outlet, claimed the ‘Sakata’ singer paid him a paltry Ksh.3,000 during a December 31, 2019 performance despite other artists being paid Ksh.50,000 and above.

The ‘Nasubiri bado’ singer further stated that Bahati informed him that the said Ksh.3,000 was to cater for his rent and other expenses.

The singer has come out with the revelations after a falling out with Bahati which saw the EMB Founder allegedly have him arrested and jailed for three days.

According to Peter Blessing, Bahati filed a case against him claiming he (Blessing) owed him (Bahati) money amounting to over Ksh.2 million.

Peter Blessing was jailed alongside EMB Records’ producer Paulo who Bahati allegedly accused of stealing studio equipment; the producer was however released earlier after apologising to the singer.

Peter Blessing however rubbished the rumors of owing Bahati money saying; “It was written that I had obtained Ksh.2,039,000, which is not true. I was in EMB and when I told them I was getting out, that’s why I was accused of that. I was signed last year and I hadn’t even finished six months.”

He also said that, according to his contract, he was supposed to be at EMB Records for 20 years but however decided to opt out citing instances of disrespect to his mother by fellow signee Weezdom and label boss Bahati.

“The things that were happening were unacceptable. I am a Christian but my mum will say anything that she sees to be wrong, which I don’t have the courage to,” he said.

Peter Blessing was reportedly bailed out of the Central Police Station by a Good Samaritan who sympathised with his circumstances and his background.