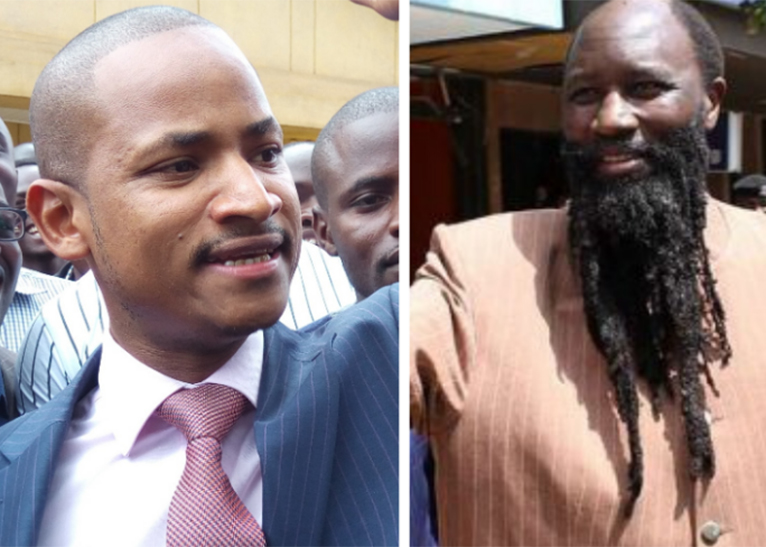 Three Members of Parliament on Thursday castigated the media for what they said were unwarranted attacks on the church and dismissed suggestions that all preachers must hold a minimum of a Theology degree.

The trio, made up of Embakasi East MP Babu Owino, together with Igembe South MP John Paul Mwirigi and Nominated MP Gideon Keter, were addressing the media in Parliament.

“Some people want to ground the church, those who are saying pastors should have a degree are wrong,” said Mr. Keter.

“Some opinions should be kept to oneself,” he stated.

His sentiments were echoed by MP Babu Owino who revealed that he is a follower of Prophet Owuor, adding that the media erred by attacking the church.

“We will pray and forgive those fighting the church,” he said. “Mimi ni mtoto wa misa and I encourage Prophet Owuor to continue serving the flock,” said the controversial legislator.

Prophet Owuor, who has a cult-like following, is currently in the middle of a police probe in a suspected fraud case involving properties worth billions of shillings.

Police are looking into two properties located in Westlands, Nairobi approximated to be worth Ksh.1.5 billion that he is accused of forcefully taking over from one of his followers Jayne Muthoni.

They claim that Owuor and his Repentance and Holiness Ministry dispossessed Muthoni through an elaborate scheme initiated in 2005.

Family members allege that the Prophet and the church coerced Muthoni to appoint Lilly Njage, a follower of the prophet, as a co-director in Shaba Investments Limited that owns and manages the property.

Police want to establish the account that has been receiving rent deposits from the apartment and with the controversy apparently running for 15 years, police are looking at suspected fraud amounting to Ksh.428.4 million