Groove Awards 2016 Male Artiste of the Year L-Jay Maasai has faulted Bahati over his remark that gospel musicians in Kenya have been focusing on “hit songs, scandals and headlines” instead of ministerial work. 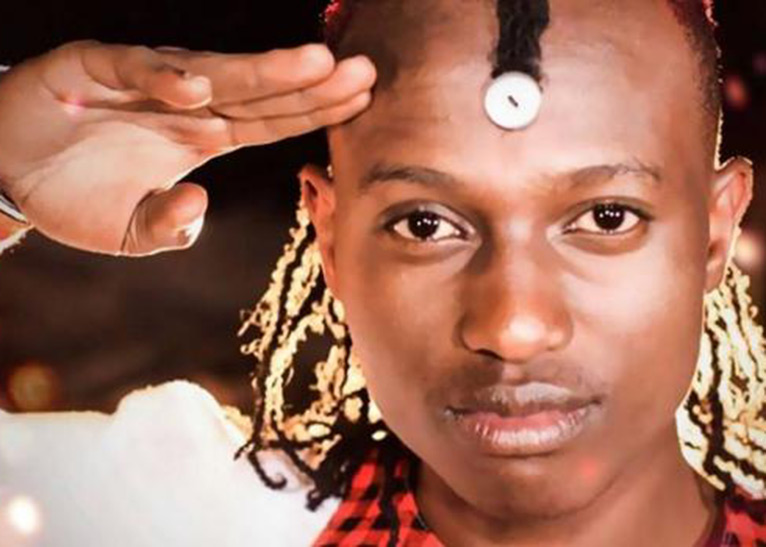 Bahati had taken to his Instagram page Tuesday to claim that gospel musicians have forgotten about ministry – including himself –, insinuating that Groove Awards 2016 accolades could have gone to Collo, Nyashinski or boy band Sauti Sol.

“Our focus has been making hit songs, scandals and headlines and we are not proud of our Lord God and Saviour Jesus Christ. Yes we forgot the “calling” and ministry… I personally feel my last gospel song was “Barua” in 2014 na nimechangia sana kupaka Jina la Yesu matope…

“Lord, please forgive me. Some people might see this as self-crucification but no! God says clearly in 1st John 1:9…. “If we confess our sins He is faithful and just to forgive us and cleanse us from all unrighteousness.”… God speaks through people; and if the public and the people of God are not happy then God is not happy!”

Bahati’s statement seemingly rubbed L-Jay Maasai the wrong way, who took to the same social media platform to accuse Bahati of being strategic and good at publicity stunts.

He further urged Bahati to deal with his own issues rather than condemning the whole gospel industry.

“No one appointed Bahati as the spokesman for the gospel industry. There are plenty of musicians doing real gospel music and (are) inspired by the Word of God. Maybe we as fans are just paying attention to the wrong musicians… Let’s not dwell in some quotas who have become experts in publicity stunt,” said L-Jay Maasai.

Bahati-L-Jay Maasai spat comes just a few hours after another gospel artiste – Ringtone – accused Willy Paul and Pitson of engaging in mudslinging tactics to ensure he does not flourish in the industry.

Ringtone took to his official social media pages Tuesday to allege that Willy Paul and Pitson conspired to craft lies about him.

Ringtone says Willy Paul and Pitson “created and publicised a pregnancy scandal to ruin his reputation and career” because his song featuring Christina Shusho, Tenda Wema, was doing well in the charts.

“So @willypaulmsafi and @therealpitson apparently am informed they conspired to create and publicise a pregnancy scandal for me to ruin my reputation and career. The truth is finally out the investigation company I hired has proven to me.

“Shame on @willypaulmsafi and shame on @therealpitson you can’t pull me down. Imagine they did all those evil things to me because Tenda Wema was hitting. All the tears I cried and all the pain I went through. All the friends I lost and all the shame that I had to live in. I promise you @willypaulmsafi and @therealpitson he who called will deal with you. He sees each tear his beloved shed.

“I personally forgive all my enemies. To my fans please I personally want to thank you for the faith and prayers you gave during that time of trial. I am now free and the devil is a liar. Rent issues, pregnancy issues etc. All are nothing but jealous,” said Ringtone.

Neither Willy Paul nor Pitson has commented on Ringtone’s allegations.

Early 2016, a woman named Angel Nyambura accused Ringtone of impregnating and neglecting her.

When Ringtone was asked if had had an intimate relationship with Ms Nyambura, he laughed the issue off saying she was a stalker and he had opted to forgive her for trying to soil his name.

A 25-year-old man from Thika would in August, 2016 come out to claim that he had sired Ms Nyambura’s baby.

Early November this year, reports were rife that Ringtone had been kicked out of a seven-bedroom mansion in Karen over unpaid rent amounting to KSh400, 000.

The singer had allegedly defaulted rent for two months, beginning September, 2016. He had moved into the mansion situated in Karen, Muiri Gardens on July 1, 2016 at a monthly rent of KSh200, 000.

Ringtone was given seven days by the property owner to pay the accumulated rent. It is not yet established if he gave in to the demands.

In August this year, Ringtone was on the spot for allegedly grabbing a house in Runda. The house allegedly belonged to a deceased foreigner, but a Kenyan family claimed it had been occupying the house for the past 35 years.

Ringtone, nonetheless, claimed that he had been paying rent and had been living in the house for the past two years.