Lupita, The Force Awakens cast member admitted in the April issue of InStyle Magazine that she wasn’t sure she could pull it off at first.

“I wasn’t sure if I could pull off the bald look. Because hair is the frame of the face, right? We spend so much time on it, trying to get it perfect. It often defines one’s beauty and feminine value. Almost on a whim, I was like, what if I didn’t have it? And so I shaved it all off – I was a complete baldy!” she said during the interview.

Lupita is the cover model for the 2016 InStyle Magazine issue for the month of April.

Furthermore, the 33 year-old actress admitted that it was first shocking for her and even for her mother.

“…But I learned to embrace my features. And I like myself a lot more now that I’m not constantly fussing with my hair.”

Meanwhile, during the interview, Lupita also got a chance to talk about how her life has been since winning the Oscars and also on the controversy around African-Americans in Hollywood.

While touching on the latter, she pointed out that there was a real imbalance right from the very creation of the stories and who is telling them, how and why.

Further, she claimed that if change had to happen, it had to start right from  the writers, the studio, the marketers and even the directors.

In addition, she said: “Change has got to be diversified because there is a hunger for the expansion of the role of people of color in the center of narratives.”

Check out some of her pictures in short hair: 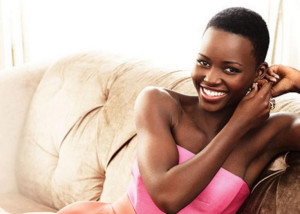 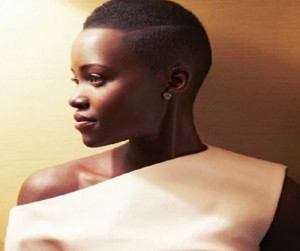 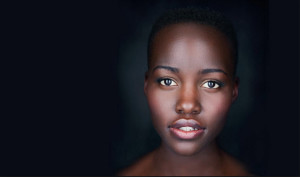