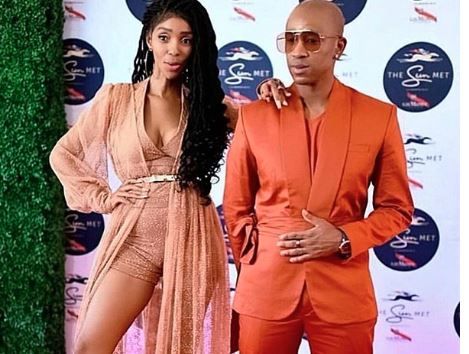 Kenyan musicians on Wednesday took to Twitter to air their frustrations to a government agency for booking South African artists to perform at a Kenyan event as the main acts instead of one of their own.

This comes after the Kenya Tourism Board (KTB), under the Magical Kenya Open Golf tournament going down this weekend, invited continental heavy hitters Mafikizolo as the main performers with Kenyan acts – including Ciano Maimba, David Hunter, June Gachui, and Silayio – reduced only to curtain raising.

This did not go down well with Kenyan artists who felt one of their own should have been given the chance as the main act as it would promote the country’s culture; which is the mandate of KTB.

The artists – led by Benga maestro Dan Aceda – further slammed the government for allegedly not providing enough platforms and opportunities for those in the Arts sector.

Being a Kenyan musician is still an extreme sport… pic.twitter.com/sqJ3XMXPof

Thank you @magicalkenya and @KenyaOpenGolf for giving us Kenyan Artistes another chance to showcase how brilliant we are on stage! I just performed for 3 hours at #antoLIVE and can’t wait to watch my fellow Kenyans @MafikizoloSA sindio @danaceda ? pic.twitter.com/bGliy4EXC2

When Mafikizolo get to headline a MAGICAL KENYA OPEN gig, imagine the message you are sending to all the foreign visitors! That we have the capacity to host a golf event but none to hire our own to perform? That Kenyan Artistes aren’t enough! That YOU aren’t enough

Kenyans on social media also joined the artists in airing their frustration:

But that Mafikizolo headlining a “Magical Kenya” showcasing event has to be the biggest irony of the day. Not week. Not month. This is Kenya. So yes, the day.

A big shame on to you @magicalkenya and @KenyaOpenGolf for overlooking kenyan artists in this lineup, time has come for kenyans to take other actions against such events and their promoters. pic.twitter.com/alSOk63iX8

Of course we have a magical KENYA Open with Mafikizolo headlining 😭 nothing against Mafikizolo but GTFOH !! pic.twitter.com/J6vsoL4sE2