When media personality Mike Mondo (X FM presenter and Sports Central host on KTN) shared a story about his struggles to make ends meet back in the day, he mentioned one key person who stood by him regardless the financial bottlenecks he was going through. That person was his then-girlfriend namely Brenda Wangeci. 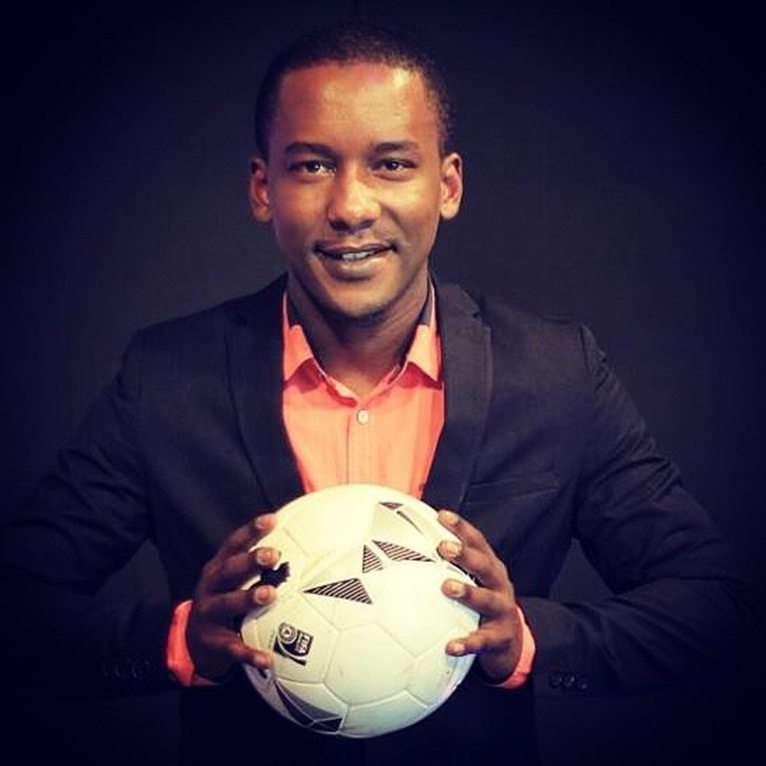 “I had a girlfriend at the time called Brenda, who used to lend me money because I was so broke I couldn’t even get fare to go job hunting. Life was hard! But one thing people did not know, is I prayed. Every day I prayed for a way out of my situation,” said Mondo in his Facebook post Thursday.

Immediately fans inquired the whereabouts of Brenda, with some hoping that the two had tied the knot.

But, no. Brenda says she is happily married to another man after her then-relationship with Mike Mondo did not work out.

“You all are asking where Brenda was. I was there for a season and reason. Season because we built each other and reason being maybe God wanted us together for us to build each other. I am happily married with a son and I am successful in that. It doesn’t matter my job.

“God has plans for each one. It does not matter whether or not I was with Mike, but his hard work paid. He always believed in himself. It did not matter what I said or did. His efforts to where he is is all him. So the topic here should not be #findingbrenda rather it should be acknowledging God and all His favours upon you if you are true to Him. Keep praying and always want the best for you,” Brenda commented on Mike Mondo’s status update via her Facebook page.

Mike Mondo too took to the comment section to echo Brenda’s response.

Mike Mondo wrote: “#WhereIsBrenda >> She is a good friend now, doing very well in the world of import. A kind heart, and someone I am thankful for every day. Wangeci Muchiri Thank you for always…always… having my back, back in the day. Even when you could’ve left and gotten yourself a rich, successful young man (and they were plenty hollain at you) you kept it real… You kept it 100…and you stayed true. You will always be special. They don’t make em like you no more…”

Wow! What a mature and classy way of handling issues. Below is Mike Mondo’s full post:

“I hope this serves as an inspiration to you in 2017.  Ten years ago, I was an unemployed nurse, living in a bedsitter which my brother Eric Wambua Nzioka used to pay rent for. I was broke. I did not know what to do with my life, or how I would get to where I want to be in life.

“I lived my life day to day, making small amounts of money from different “Kibaruas”. I thank God for people in my life like Paul Jina Kubwa Ogali, who used to run his sisters hotel. This guy has literally given me food at the hotel because I had no cash to buy food.

“I also had a girlfriend at the time called Brenda, who used to lend me money because I was so broke I couldn’t even get fare to go job hunting. Life was hard! But one thing people did not know, is I prayed. Every day I prayed for a way out of my situation. Then God brought Kibby Logic Pro’swagg Kenneth into my life.

“The one guy that truly opened my eyes to the talent I did not know I had. He introduced me to the word of recording music and doing voice-overs. And boy did he push me into it. We were struggling young men, myself, Paul and Kibby…who had dreams of being big in the entertainment world.

“One day, when I figured things are not working out, I decided to change my location, packed my bags from Mombasa and moved to Nairobi, with nothing in my pocket. In fact, it was my girlfriend at the time Brenda who paid my bus ticket to Nairobi.

“I arrived at a big city, and said I would make it work here somehow. I kept praying every day, and one day God gave me a way out. I went to have a soda at a restaurant called Alfajiri along Dennis Pritt Road. I had KSh1000 on me that I had made from a “kibarua”. I had said I will spoil myself that day.

“As I drank my soda, I saw a long line of people going into a tent. I paid no mind to it. But when I was done with my soda, and was waiting for my change (which was taking forever to come), I decided to join this line out of curiosity.

“Turns out Hot 96 FM was looking for presenters. I got to the desk in the tent, and I remember it was Chris Okinda who asked me, “Pretend you are doing a show… Tupac’s song just ended… How would you do that link?” I took a deep breath and just spoke. Chris told me to move to the next stage, where I was told to read a news script…which I did.

“I was then told…we will contact you. Long story short, in a matter of three weeks, I was employed as a radio presenter at Hot 96 FM. Thanks to Mure David who will always be my brother. He was the head of radio, who saw something raw and untapped in me. Mure David gave me my first TV show called The Loop, hooked me up with MC gigs, Karaoke Gigs and helped me build my brand on ground and on air. Thank you for that.

“I worked at Hot 96 for three years, and after those years, my current boss came calling, and took me to X FM Kenya where I have been till now. At X FM I met Jeff Mote who hooked me up with the auditions for Sports Central and today I am on two TV stations every Thursday.

“Today I appear on newspapers read by millions as they advertise my TV show. I have been on the cover of magazines and won two awards for best radio presenter. Today I can shelter my mother, a woman who for the longest time after my dad died had been without a place to call her own.

“Today I drive a car, have my own company, and can proudly say that I am one of the most sought after voice talents in Kenya. Today I have a daughter who I love with all my heart and friends who will move mountains for me.”

Are you asking where I went to? I am happily married: Ex-girlfriend to TV host