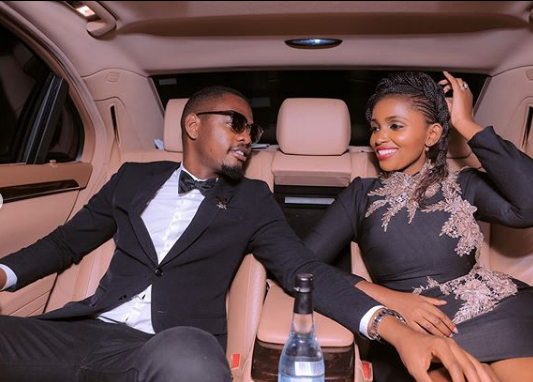 Keroche Breweries heiress Anerlisa Muigai has revealed that her boyfriend, singer Ben Pol, wants her to move with him to Tanzania on a permanent basis.

Taking to Instagram, the Nero Company founder however expressed uncertainty at the move, presumably because of her Kenyan-based company and other business interests in the country.

“My baby has been trying to convince me all day to move to Tanzania permanently but I am not sure how possible that would be,” she wrote.

Anerlisa is engaged to the ‘Moyo Mashine’ hitmaker who went down on one knee and proposed to her during the Easter holiday celebrations at a Mombasa hotel.

Ben Pol previously revealed that the ring he proposed to Anerlisa with cost him approximately Ksh.1.1 million, adding that he had had it for about two months before finally deciding to pop the question.

My baby has been trying to convince me all day to move to Tanzania🇹🇿 permanently but I am not sure how possible that would be. Ooh btw my mum still looks at me as a 12 year old. She still calls me to find out if I have eaten or not and also what time I’ll be sleeping 😄😄. Mum’s are everything.