Anerlisa Muigai, the daughter of Keroche Breweries owner Tabitha Karanja, has revealed that she has shed some serious weight over the last four months.

Ms Mungai, who is the brains behind Executive Water, divulged that she had gained quite a number of kilos because of stress.

“Last year I was going through stress that made me put on alot of weight. The left picture was December last year weighing at 120kg/size 22, the right one is me today at size 16,” she posted. 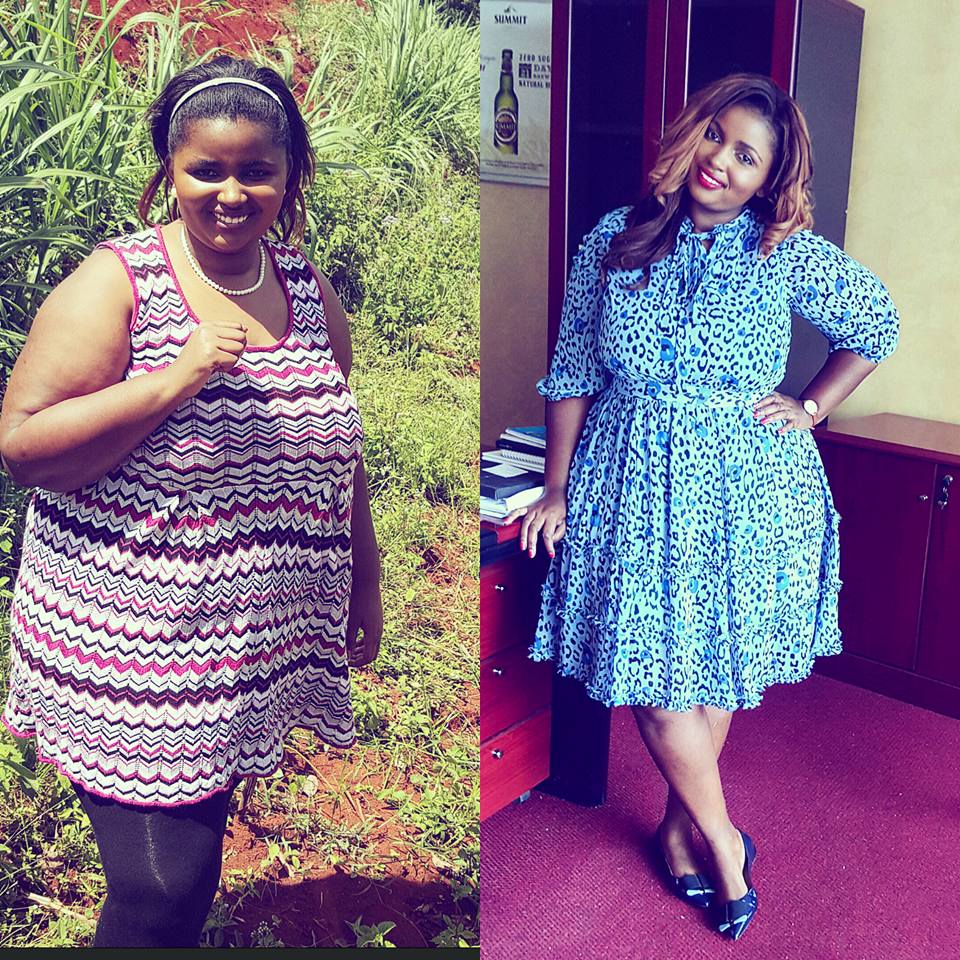 Though she has made massive progress in just four months, Ms Mungai says she still has some work to do: “I am not where i wish to be but i am happy with my progress.”

Like most women, the extra weight had made her self-conscious.

“It had been a year since i posted a current picture of me because I was embarrassed of my weight,” she explained.

So, how did she manage to drop 6 dress sizes in just 4 months?

She said: “With good diet, gym and focus you can be whatever size you want.”

She concluded her post with a reflection on how difficult life can be for a young woman in a competitive world.

“It’s also a challenge to be a young lady in this competitive world. It’s tougher being related to a woman who has surmounted odds many of us can hardly imagine. But we are who we are. Every one of us is a child of destiny,” she said.

Anerlisa is not the first celebrity to wow fans with her weight loss.

Kalekye, who had been plus size for most of her public life, lost 40 kilos ahead of her 40th birthday – a transformation that was featured on most Kenyan blogs.

A glowing Kalekye revealed her new look at an invite-only party held at a swanky Nairobi hotel.