Celebrated Kenyan singer Amani – whose real name is Cecilia Wairimu – has revealed that her journey to salvation began in 2012 – and that her deliverance was not triggered by an ugly life experience, as is the case with many testimonies shared in and out of church.

Speaking on Citizen Extra Trends and Entertainment show on Wednesday, February 21, Amani revealed that being “tired” of life in the secular world prompted her to seek refuge in God.

“I got tired; I got very, very tired of the life I was living then. For a long time I wasn’t happy. I could be in the backstage at a function waiting to perform, but I was like: ‘God get me out of this. I am exhausted and tired; I don’t think I can do this anymore.’ Initially, I thought it was the entertainment industry which was taking a toll on my life. I convinced myself that taking a short break from it would leave me feeling better. It never got better; I was like: ‘I really do not want to do this’. I just wanted to renew my relationship with God. There is no major trigger experience in life, which led to my salvation; it was a process, and it started way back in 2012,” Amani said.

“I WASN’T ‘FEELING’ THE SECULAR EXPERIENCE”

“In 2012, I wasn’t just feeling it (secular work) at all. I think I even got irritable, but I had contractual obligations; I somehow felt that I had to keep it going because it (music) was my only source of income. Nonetheless, I managed to talk to God and asked Him for the way forward, and He made the way,” Amani added.

If secular music was her prime source of income; and now that she has ditched the art, what has she resorted to to make ends meet?

“I have been out of the secular scene for two years. God made a way for me, and I started a hair extension company called Diva Luxury, and we have been operational for about a year now and it has been amazing. We distribute the products across the country. You can find us on Jumia,” she said.

Following her salvation, is Amani jumping the music ship – to gospel – as sections would speculate?

“In terms of getting into gospel music, I see it as ministry. I grew up in the church, and I know how serious it is; it is not something that you just get into for the sake of money or fame. It is a very serious thing. I’d love to do it (gospel music) in God’s timing. Where God leads me to, I will go. Should you expect a collabo between me and Kenya’s gospel musicians? If it happens, it happens; I won’t block anything off,” said Amani.

In the recent past, Kenya’s gospel scene has been marred by claims of not being illustrative of God’s ways and teachings. As the new entrant in the camp, what does Amani think of that perception held by sections of the society?

“I do not want to be the one to judge because I am not here to scrutinise people’s lives. I am not in a place to do that, but like I said, it is ministry – so, at the end of the day it is meant to minister to people; it is supposed to change people’s lives; that is meant to be the primary goal; and when somebody is in it for something different, I think God knows how to sieve out; He knows how to tell the sheep from the wolves,” said Amani. 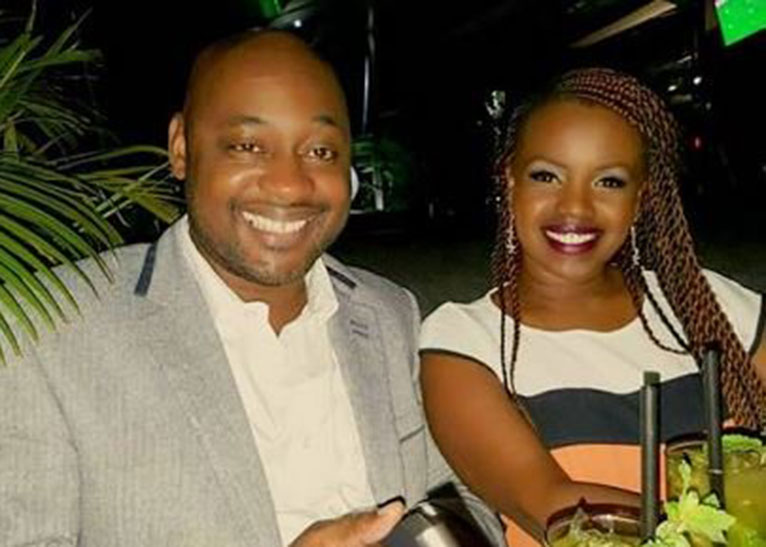 In June, 2017 online entertainment outlets in Kenya were rife with reports of Amani’s secret wedding to Nigerian businessman Chinasa Udeala. Asked whether the reports were true, Amani said: “There is a part of my life I want to keep private. I think during that time I reflected on so much, and realised that I had so much information about me out there; I did not see it as healthy, and there are parts of my life that I want to keep private. Am I single? No, I am taken. Yes, I have a life partner, a hubby; I am happy. He is a Nigerian national,” Amani responded.

Having experienced both sides of life – secular and salvation world –, what nuggets of wisdom can Amani share with the young generation that looks up to her as a role model?

She says: “Being born again is the best decision you can ever make in your life. Try it. It is awesome, it is amazing; and you are sustained by God. It is not your will, or who you are or anything like that; it is not about you, it is about Him. So, take the step.”

Aamani Kenya news Amani: I got tired of the life I was living