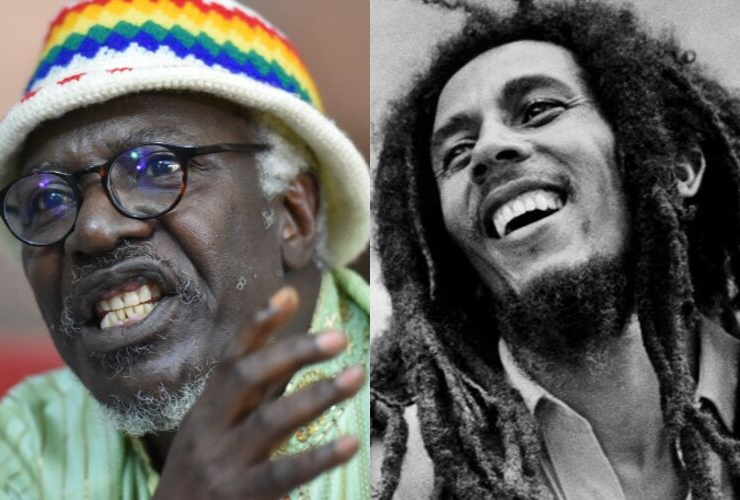 Veteran Ivorian artist Alpha Blondy, who was recently in the country to headline the Koroga Festival, politely turned down the title ‘African Bob Marley’ slapped on him by Reggae lovers.

According to Alpha Blondy, who spoke to EDAILY, the late Bob Marley’s shoes – as far as music goes – are too big for him to fill.

“I don’t like being referred to as the ‘African Bob Marley’. This is because I know many other Marleys; I know Damian Marley, I know Stephen Marley, I know Ziggy Marley, and they are all amazing artists. I can’t fit in the shoes of their father, he was a very great man,” he said.

Alpha Blondy, who hails from Cote d’Ivoire, and who together with his band The Solar System are considered among the biggest live acts in the reggae world, also spoke on the recently witnessed xenophobic attacks in South Africa.

The ‘Jerusalem’ hit maker referred to the attacks as a ‘bloody shame’, adding that South Africa is a wounded country that needs help and, most importantly, love.

He further advised South Africans to “learn how to love themselves, that way, they can be able to pass the love along to others.”

“It’s a bloody shame what is happening in South Africa. You know the thing is, when you don’t have love in your heart, you can’t love. That is what South Africans need, love,” he said.