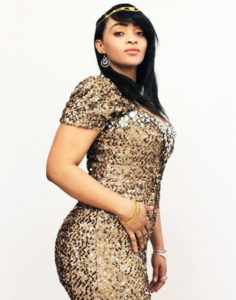 Angel says she almost committed suicide following her break up with Kiba.

Speaking to Ijumaa newspaper recently, Sabby revealed that she has a cyclical history of being heartbroken by men, but it is only Ali Kiba whom she felt something so strong for; out of the seven men she has dated.

She says she nearly killed herself when Ali Kiba ditched her.

“Love is not a joke. You won’t believe I almost killed myself because of Ali Kiba. I loved him very much. I was so hooked on him to an extent when I felt he was betraying me, I felt my heart rip apart. Sometimes I would suffer from high blood pressure,” Sabby Angel said.

“There was a time I wanted to commit suicide because of Kiba. We had fallen out as a result of something bad he did to me. I was very hurt. I even felt worthless and felt my life was meaningless,” said the actress.

Reports on Tanzanian media say Ali Kiba and Sabby Angel dated secretly in the past – and the two did not see each other for long before calling it quits for reasons best known to them.

Ali Kiba is yet to respond to Sabby Angel’s claims.