Nigerian actress Tonto Dikeh has shamed her estranged husband Oladunni Churchill by claiming that she footed all her wedding expenses after Churchill deceived her into believing he had money, while in reality he did not. 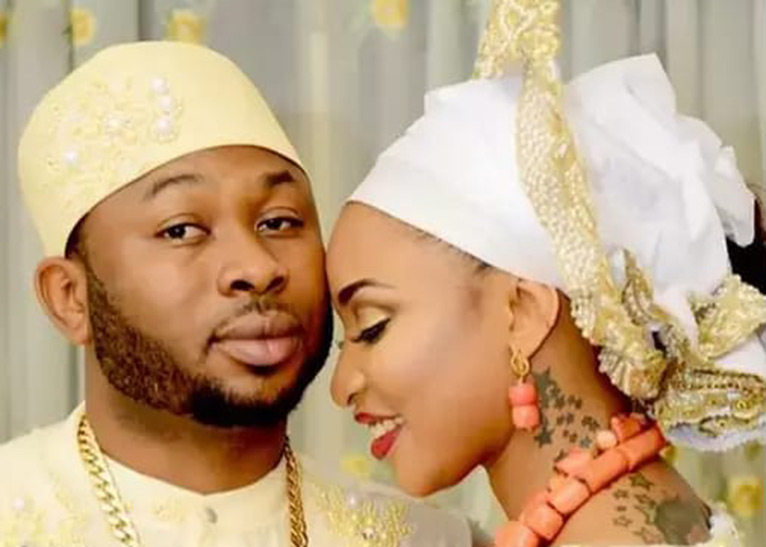 “You only contributed 999, 000 Naira (Ksh290, 000) for your wedding. I have pictures of this transaction and what your account balance was. I also have texts showing how you scammed me, saying you were in Ghana bringing money for the wedding and asked me to go ahead and spend my money on the wedding, saying you would refund it back, only for you to show up on your wedding day with 700, 000 Naira (Ksh200, 000). SMH! You don’t even know or feel any shame to think that another man might have given me the money to marry you? You married me because you wanted to be famous. You are a joke, and I am so done with you!” wrote Tonto.

Tonto accuses her ex-husband of “spoiling a relationship I held dear”.

Tonto’s gripe has been provoked by an interview Churchill recently gave to a Nigerian news outlet, blaming Tonto for their separation.

Tonto further accuses Churchill of siring a child with another woman, and instead of being there for the baby, he chooses to evade responsibility.

“Two wives for you Churchill, all were bad? You’re the good one? Don’t you have more women to defraud? Or don’t you have more online victims to rob? Reduce your excess alcoholism and try to adjust your life. Your fraudulent life has eaten so deep into your soul.”

Churchill is yet to respond to Tonto’s claims.

Tonto Dikeh and Churchill broke up in February, 2017. The two tied the knot in August, 2015. They have one-year-old son together.