Confirming the incident, Lang’ata OCPD, Elijah Maina Mwangi, cautioned Kenyans against taking the law into their own hands when aggrieved at an unfortunate incident.

“It was a fatal accident where a pedestrian was knocked down by a 33-seater matatu which was headed to Nairobi CBD from Rongai. It is alleged that angry boda boda riders operating on Lang’ata Road torched the vehicle. We are investigating the same,” Mr Mwangi told EDAILY.

“We are not happy with people taking law into their own hands. Now we have two cases to investigate – that of the accident and that of torching the matatu. It is not the right way to do things.”

The owner of the matatu, registered under Rongao Sacco, has been given seven days to produce the driver, who ran away after fatally hitting the cyclist, who was in his early twenties.

Passengers in the matatu were evacuated to safety.

The body of the deceased was taken to City Mortuary. 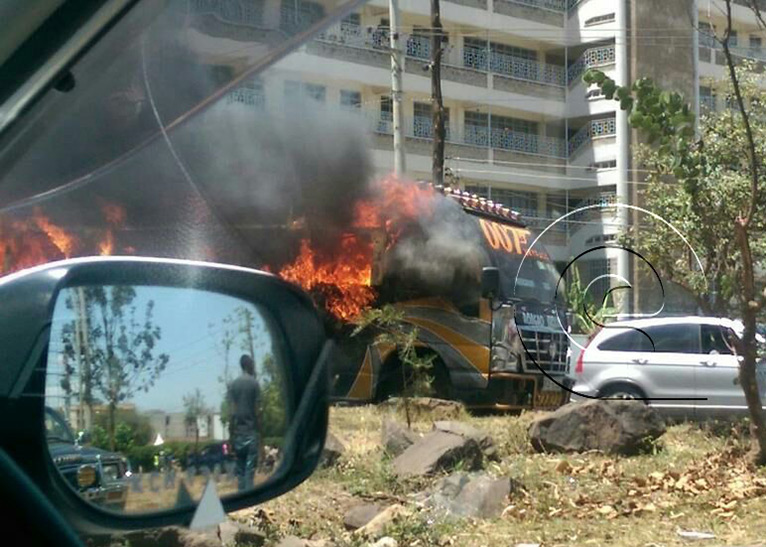 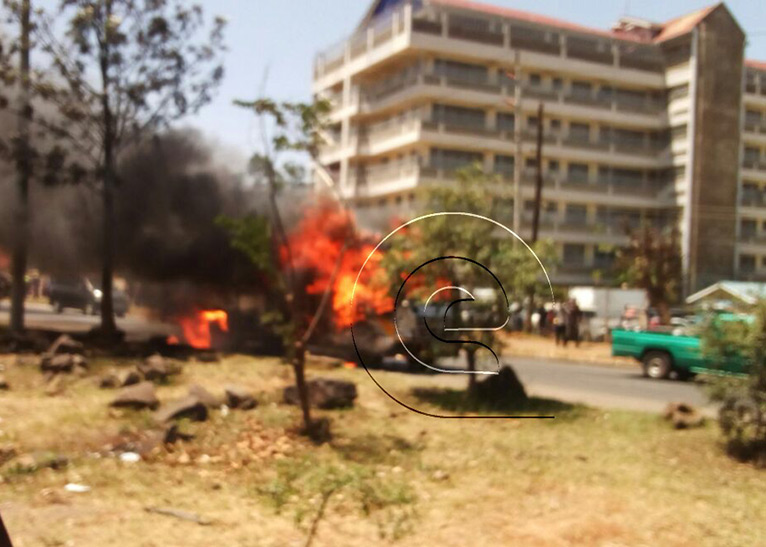 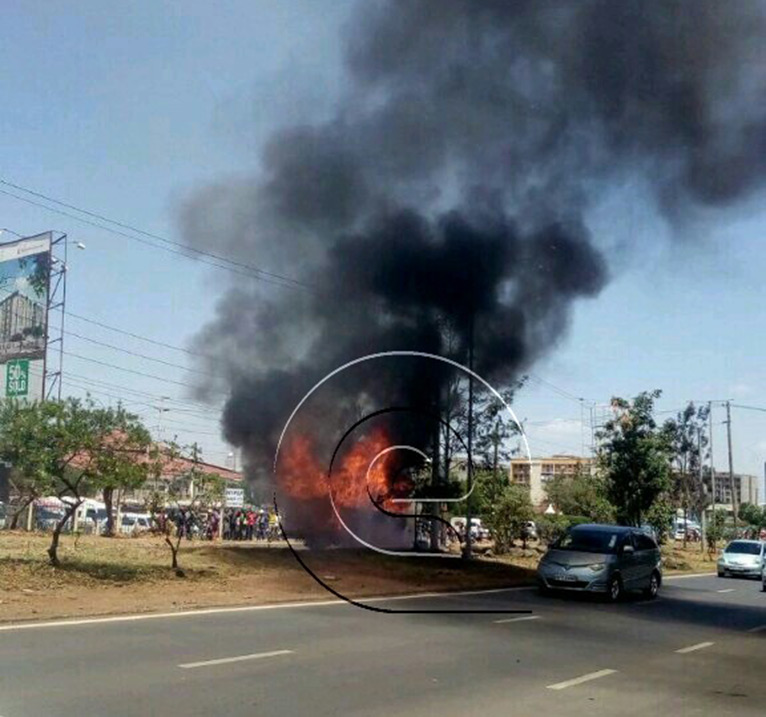