Twenty six passengers who were traveling in a Nairobi-bound bus from Garissa on Tuesday, September 12 have been rushed to different hospitals in Mwingi and Matuu after sustaining injuries following a road accident, which occurred near Mwingi Teachers College in Ngutani, Kitui County.

The driver of the 62-seater bus lost control when he was overtaking another vehicle on a hilly road, causing the vehicle to overturn.

Passengers said the bus driver was reckless, and that the accident could have been avoided if the driver was careful.

“The driver was reckless on the road. Before the accident occurred, we had survived several scares on the way,” said one of the accident victims.

Confirming the incident, Officer Commanding Police Division (OCPD) in Migwani, Julius Muu, said some of the passengers, who escaped the accident unscathed, boarded other public service vehicles and continued with their journey. 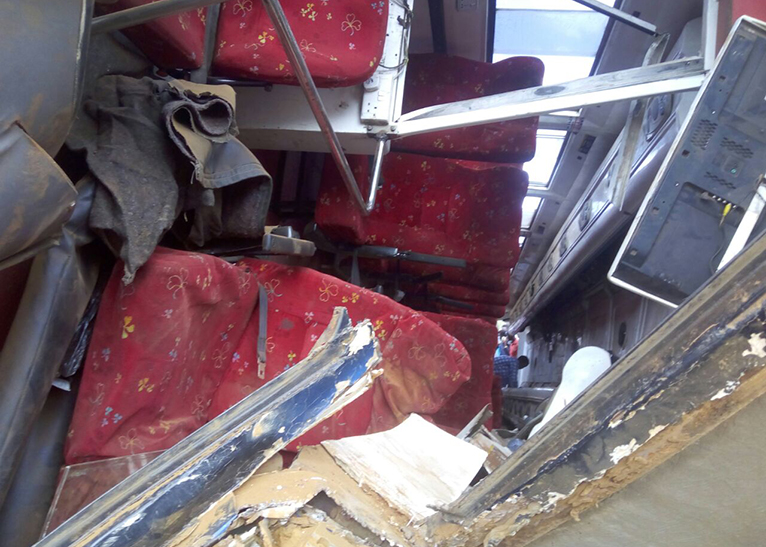 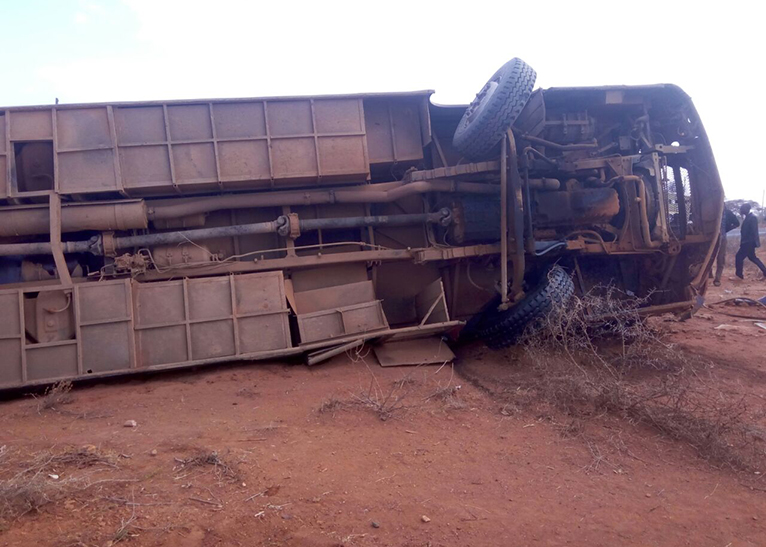 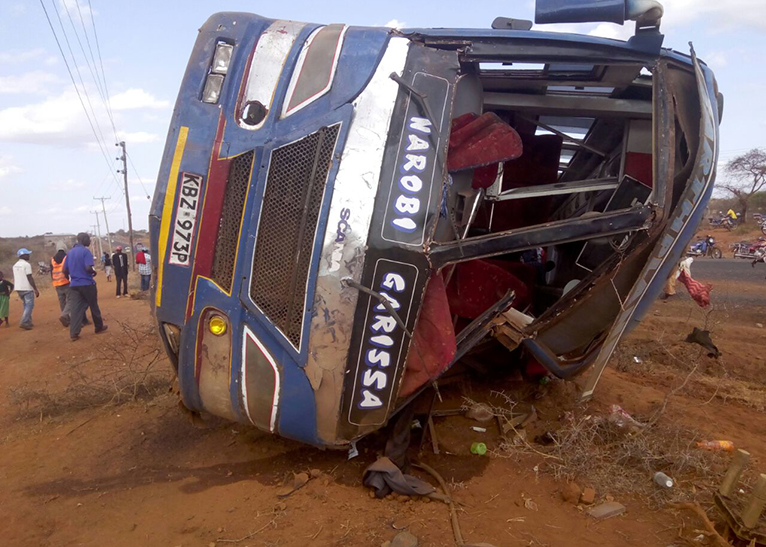 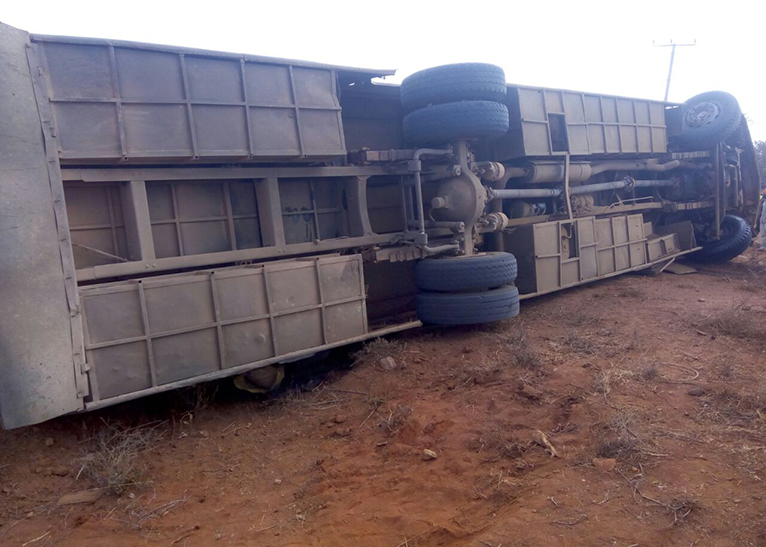 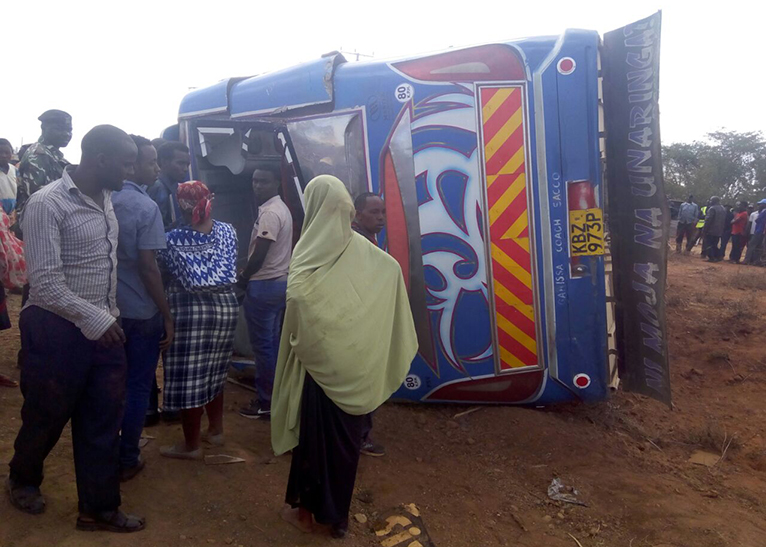 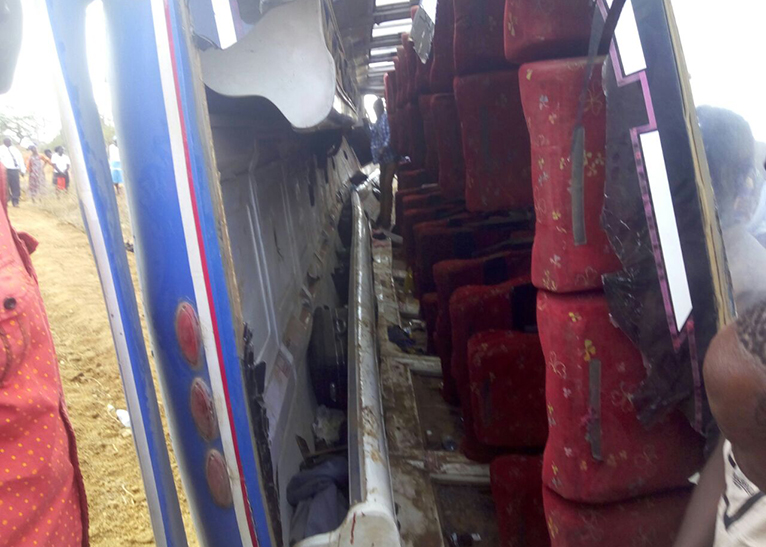