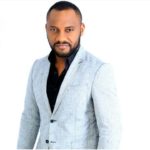 Nollywood actor Yul Edochie has just hinted at a possible stab at the Nigerian presidency in 2019.

The actor, who announced the news via Instagram on his 36th birthday, previously ran for the Anambra state governorship but only garnered a paltry 145 votes.

Yul Edochie, who is also the last son of veteran Nollywood actor Pete Edochie, ran under the Democratic People’s Congress (DPC) platform in the November 2017 election.

The actor now seems to have set his eyes on the ultimate prize, expressing his confidence of clinching the seat in the short video.

“2018 is just unfolding, we pray for more blessings so let’s just keep our fingers crossed. Who knows, I may just decide to run for president of Nigeria this time, in 2019, and I will win,” stated the actor with a tone of finality in the video.

My thoughts on my birthday today!

Yul is famously known for his role in Nollywood films such as Rain of Hope, Royal Maid, Money Kingdom, and Python Queen.