Markle got engaged to Prince Harry in November 2017 and the two are set for a royal wedding at St. George’s Chapel, Windsor Castle in May 2018. 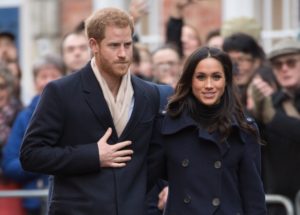 In a statement by the Kensington Palace, Markle chose to deactivate her social media activity since “she has not used these accounts for some time, she has taken the decision to close them.”

“Ms Markle is grateful to everyone who has followed her social media accounts over the years,” adds the statement.