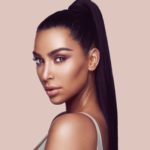 A 16-year old girl was, reportedly, sent to prison for killing a man who had solicited for sex from her, and now Kim Kardashian – among a multitude of other celebrities – have come to her defence.

Johnny Mitchell Allen, a real estate agent in Nashville, is said to have solicited for sex from Brown, taken her to his home and flaunted to her his gun collection, before jumping into bed with her. But, as he lay naked in bed beside her afterwards, Brown grabbed a 40 calibre handgun and shot Allen at the back of the head.

She was then brought before a jury where she claimed self-defense but was found guilty of first-degree premeditated murder, first-degree felony murder and aggravated robbery. She was sentenced to life, and eligibility for parole set at a period when she would have been 69 years old.

Now 28 years old, and with an Associates Degree chasing her Masters, Brown’s story has caught the anger of many online – including celebrities – who feel she was the victim in the story and should not have been imprisoned.

Kim Kardashian, via her twitter account, said, “The system has failed.” She further added that she had contacted her team of attorneys to “see what can be done to fix this.”

The system has failed. It’s heart breaking to see a young girl sex trafficked then when she has the courage to fight back is jailed for life! We have to do better & do what’s right. I’ve called my attorneys yesterday to see what can be done to fix this. #FreeCyntoiaBrown pic.twitter.com/73y26mLp7u

Among other celebrities that have also come out in Brown’s defense include pop singer Rihanna, and rappers T.I and Snoop Dogg who posted their support for Brown on their Instagram pages with the hashtag #FreeCyntoiaBrown.

“Did we somehow change the definition of #JUSTICE along the way?? ’cause….. Something is horribly wrong when the system enables these rapists and the victim is thrown away for life! To each of you responsible for this child’s sentence I hope to God you don’t have children, because this could be your daughter being punished for punishing already! #FREECYNTOIABROWN #HowManyMore,” posted Rihanna.

Cara Delevingne said, “The justice system is so backwards!!! This is completely insane #FreeCyntoiaBrown” 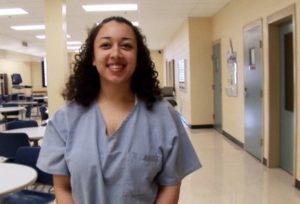