Former Paralympic Champion Oscar Pistorius on Wednesday took off his prostheses and walked across the court room as part of his defense team’s argument that the double-amputee athlete, convicted of murdering girlfriend Reeva Steenkamp, is a vulnerable man who deserves leniency. 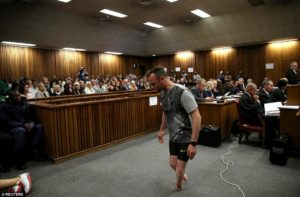 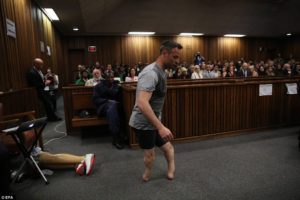 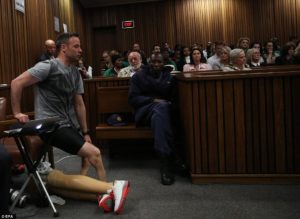 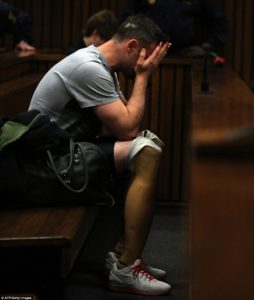 The former champion showed difficulty as he treid to walk across the room, and his t-shirt was filled with sweat.

Judge Thokozile Masipa will deliver the sentence on the case after hearings end this week.

Pistorius was on his stumps when he shot and killed Steenkamp through a toilet cubicle door in his home 2013.

He had testified at his murder trial that he felt vulnerable and thought an intruder was in the house.

Prosecutors have said Pistorius intentionally killed Steenkamp after an argument.