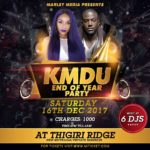 Social media is awash yet again with news of a party that has threatened to morph into yet another out of control,  Project X.
Only that this time, unlike 2016, the party has been organised for adults. At a private mansion in Muthaiga.
The organisers, Marley Media circulated posters across social media platforms and announced that no media would be allowed inside the premises where the party will happen.
Photographers too have been banned from the party at which 6 DJ’s and several local acts will perform.
The party,  eDaily has learnt, was meant to initially bring together members of the popular Kilimani Mums and Dads uncensored to a night of unbridled partying and drunkenness.
That was until the organisers changed tact and banned the media and photographers from Thigiri ridge residence. 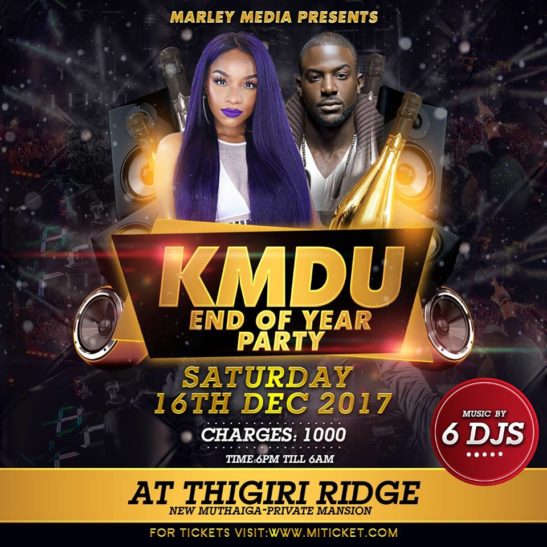 A poster of the said party at which media and photography has been banned. Photo: Facebook/Kilimani Mums

The rumoured party recently grabbed the headlines after skimpily dressed girls brought traffic along Thika Road to a halt.
The bevy of girls stood in the middle of the highway holding up posters asking Nairobi residents to turn up at the party’s location in Muthaiga.
Kenyan authorities are yet to comment on the said party amid speculation that it might go out of control.
In 2016, police officers raided a home in Rongai where a bunch of school-kids were having a drunken shindig.  Close to 30 students were arrested.
The police revealed that the teens had organised the Project X party that had given Kenyan parents sleepless nights.
Project X is derived from the movie Project X in which a party organised by a bunch of friends went out of control and wreaked havoc on an entire town.